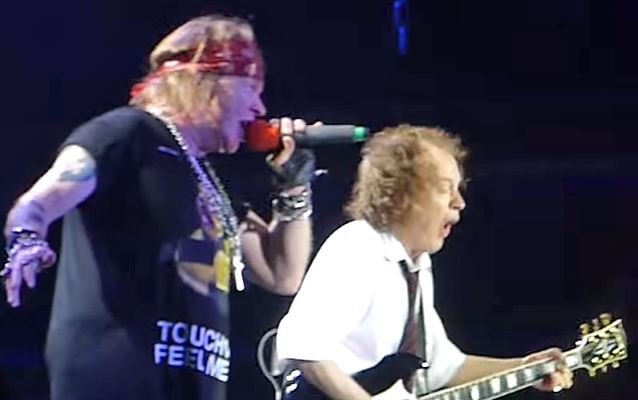 Fan-filmed video footage of AC/DC and Axl Rose performing the band's classic song "Touch Too Much" for the second time ever earlier tonight (Sunday, June 12) at Ceres Park in Aarhus, Denmark can be seen below.

AC/DC has one show left to go on the European leg and has now finalized the ten rescheduled North American dates it will play later this summer — after Axl finishes his stadium trek with GUNS N' ROSES.

Among the rarities the band has broken out on the current European run are "Riff Raff", "Rock 'N' Roll Damnation", the aforementioned "Touch Too Much" and "If You Want Blood (You've Got It)".