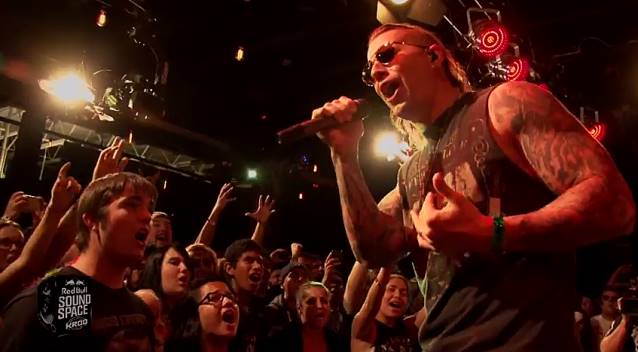 AVENGED SEVENFOLD performed live on November 1 at KROQ Presents Fright Night in the Red Bull Sound Space in Los Angeles. This unique setting put fans mere feet from the band in what was an extraordinary evening for all in attendance. Fans worldwide not in attendance were able to live-stream the performance via the KROQ web site.

Video footage of AVENGED SEVENFOLD performing a couple of tracks during the KROQ Presents Fright Night set can be seen below.

AVENGED SEVENFOLD has issued a music video for "Shepherd Of Fire", a song from the band's sixth and latest album, "Hail To The King". The track was also included in the Call Of Duty: Black Ops II video game series earlier this year. Directed by Wayne Isham, the clip features the band driving through the a hellish countryside filled with flames, skulls and burning landscapes, mixed with footage of the group in concert.

Singer M. Shadows described the song to Kerrang! by saying, "If you just listen to the music, if feels you’ve been taken down to Hell. From the riffs, to the bells ringing, to the horns, to the drumbeat, it feels like you’ve been dragged down."

AVENGED SEVENFOLD has always included references to God and the Devil in its music, even taking its name from a passage in the Bible. But frontman M. Shadows told The Pulse Of Radio a while back that the band isn't pushing any messages about either one. "Anyone that read the lyrics and really knew anything about us, they would know we're not promoting either," he said. "That's one thing about this band that I love is that we never really shove any kind of, like, political or religious beliefs on people. We just, the music's there to entertain and maybe thought-provoking on both sides, but we don't try to, like, really shove anything down anyone's throat. There's too many bands that do that nowadays, I think."

The band's name comes from a passage in the Genesis story of Cain and Abel, which reads, "But the Lord said to him, 'Therefore whoever slayeth Cain, vengeance shall be taken on him sevenfold.'"

"Hail To The King" sold 159,000 copies in its first week of release earlier this fall, giving AVENGED SEVENFOLD its second straight No. 1 debut on the Billboard album chart after 2010's "Nightmare".

The band has just launched a co-headlining tour of Europe with FIVE FINGER DEATH PUNCH. 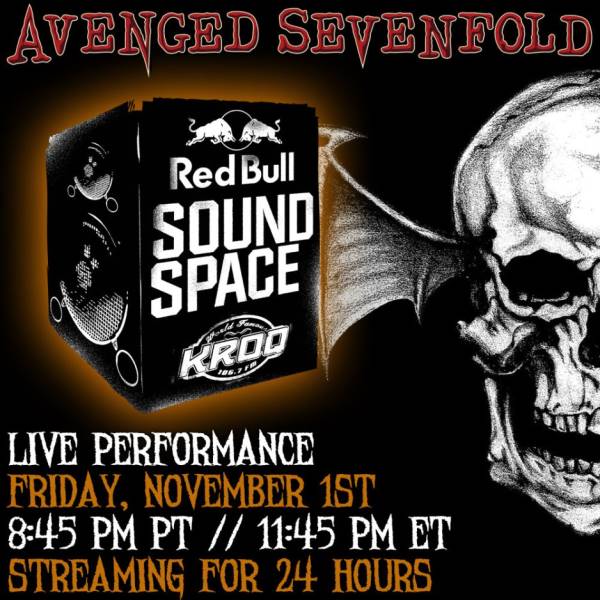