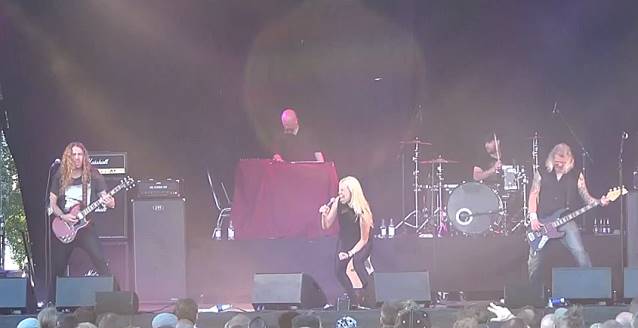 Fan-filmed video footage of AVATARIUM's June 7 performance at the Sweden Rock Festival in Sölvesborg, Sweden can be seen below.

Due to his health condition, Edling was unable to perform with AVATARIUM at the Sweden Rock Festival. Filling in for him once again was Anders Iwers from TIAMAT.

AVATARIUM previously performed without Edling at the House Of Metal festival on March 1 in Umeå, Sweden and at the Roadburn festival in April in Tilburg, The Netherlands.

AVATARIUM entered David Castillo's Studio Gröndahl on May 18 to begin recording its new EP, for a late 2014 release. The band stated: "Rickard Gustavsson assisted and did a great job! Lars Sköld made that vintage Gretsch kit sound amazing!!"

Jidell had the following to say about the birth of "Avatarium": "When we started to demo the songs on this album, we had one thing that we thought was extremely important: we wanted to make music that was heavy, dark and poetic. Also, we had an urge to make an album with a very organic sound and no fixing and trixing in computers but just try to make great emotional music.