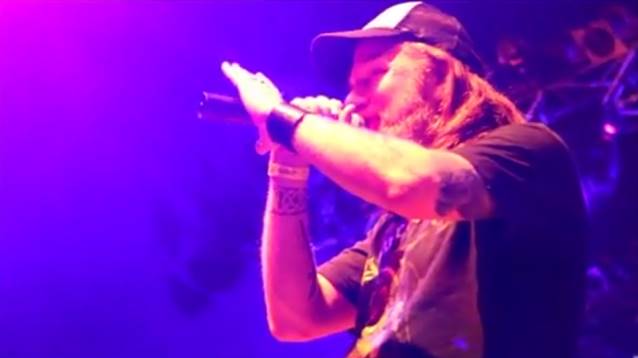 Accoring to Soundsblog.it, Saturday's (May 17) AT THE GATES concert at the Metalitalia Festival in Milan, Italy marked the first time the band has ever performed without rhythm guitarist and founding member ‪Anders Björler.

A few hours prior to the show, it was announced that Björler had to stay behind in his home country of Sweden due to "acute food poisoning." The band decided to go on and play an abbreviated set as a four-piece while apologizing to the fans and promising to return to Italy soon to perform a full concert.

Video footage of AT THE GATES singer Tomas Lindberg announcing Björler's absence to the Italian audience can be seen below, along with a live rendition of "Under A Serpent Sun", filmed at the Milan gig.

Photos of the show are available on Soundsblog.it.

AT THE GATES will enter the studio in June to begin recording its comeback album, "At War With Reality", for an October/November release via Century Media Records.

Lindberg recently told Decibel magazine about what happened to change the bandmembers' minds about making a new CD in the six years since the AT THE GATES reunion was first announced: "I think a lot happened, mentally, when we decided to continue touring. When we started to do the global thing in 2011. That whole idea of being an active band, touring and hanging out, just grew on us, I guess. 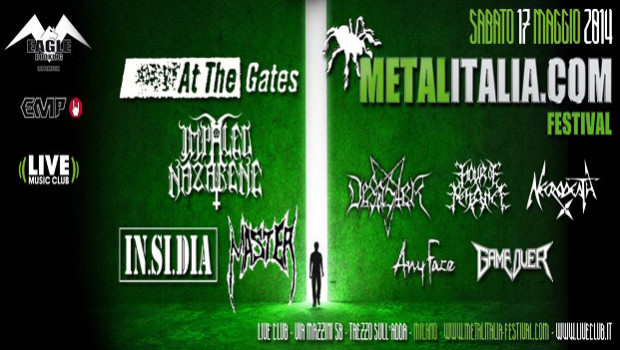