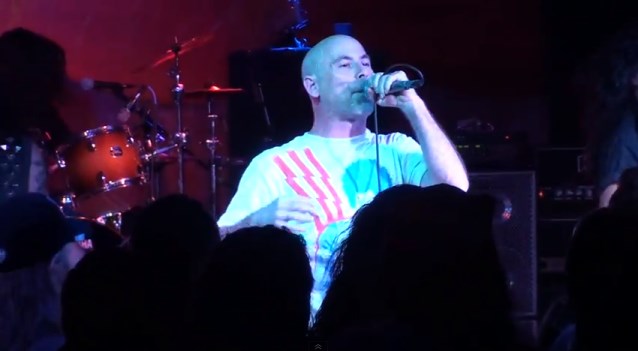 Fan-filmed video footage of ARMORED SAINT's August 16 performance at Paladino's in Reseda, California at a benefit show for drummer Dave Brown (ex-SOUND BARRIER, MASI, TOTAL ECLIPSE), who is battling cancer, can be seen below. Also scheduled to appear on the bill were DC4 (featuring Jeff Duncan of ARMORED SAINT and ODIN and Rowan Robertson, formerly of DIO), and Roy Z (BRUCE DICKINSON, HALFORD, TRIBE OF GYPSIES) and friends.

Dave "Skavido" Brown is best known for his work with SOUND BARRIER, the first-ever heavy metal band featuring all African-American members to score a major label record deal. The band's debut album, "Total Control", was issued in 1983 by MCA Records; two more independent releases, "Born to Rock" (1984) and "Speed Of Light" (1986), followed before SOUND BARRIER morphed into MASI with the addition of Italian guitarist Alex Masi. Brown recorded the album "Fire in the Rain" (1987) with the group before teaming up with SOUND BARRIER/MASI vocalist Bernie K. and former THE BUSBOYS members Vic Johnson (SAMMY HAGAR'S WABORITAS) and Andre "Dre" Barry in TOTAL ECLIPSE whose one and only album surfaced in 1992 via A&M/Tabu Records.

The classic first EP from ARMORED SAINT was reissued on August 13, 2012 in Europe via Metal Blade Records with bonus tracks and etching on vinyl.

ARMORED SAINT's latest album, "La Raza", sold around 2,000 copies in the United States in its first week of release. The CD landed at position No. 18 on the Top New Artist Albums (Heatseekers) chart, which lists the best-selling albums by new and developing artists, defined as those who have never appeared in the Top 100 of The Billboard 200. "La Raza" also entered the German Media Control chart at No. 96 and the Canadian Independent chart at No. 85. 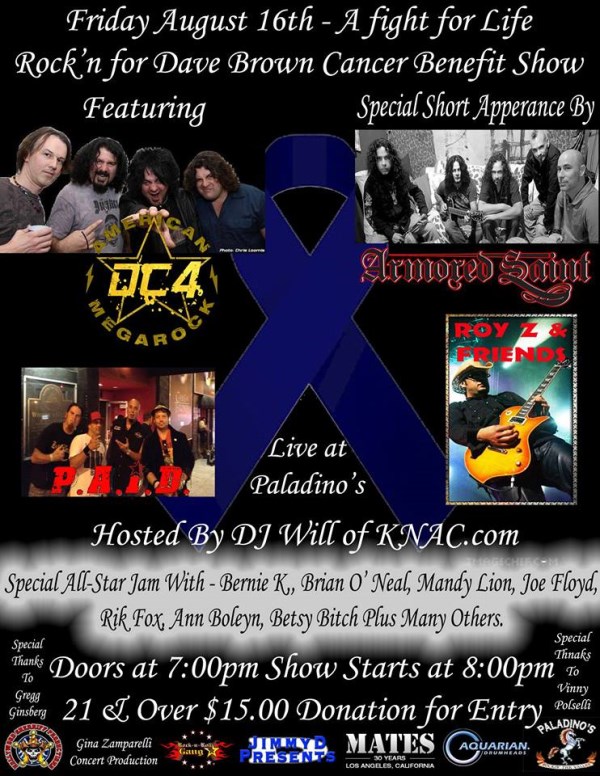