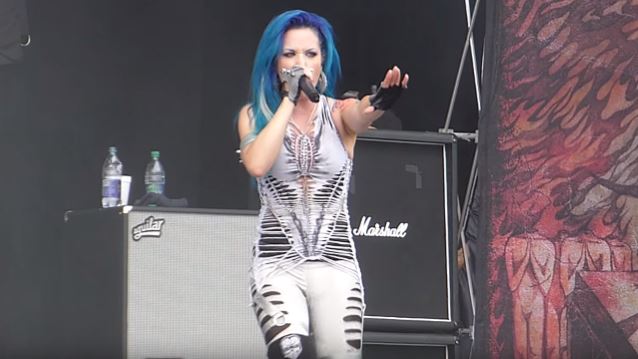 Fan-filmed video footage of ARCH ENEMY's August 7 performance at the Heavy Montreal festival in Montreal, Quebec, Canada can be seen below.

ARCH ENEMY is headlining the 2015 installment of "Summer Slaughter". This tour marks the band's second North American run on this album cycle — but the first stateside trek to feature new guitarist Jeff Loomis.

Fans who attend the tour will have the chance to purchase several "Summer Slaughter" exclusive items, including a special edition of ARCH ENEMY's "War Eternal" LP (black-and-blue splatter on white vinyl; limited to 500!). Every CD or LP purchase also comes with a free wristband (while supplies last).