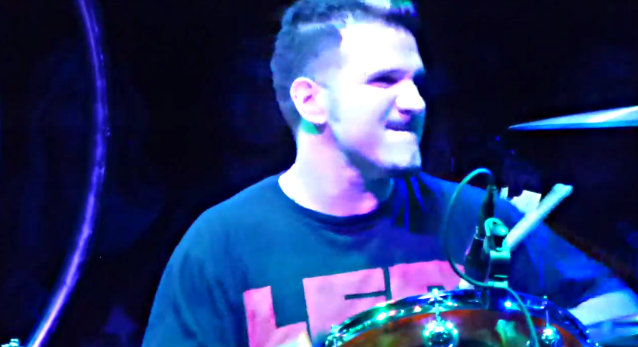 Fan-filmed video footage of ANTHRAX drummer Charlie Benante performing during the Bonzo Bash NAMM Jamm 2014 "The Ultimate Celebration To The Ultimate Drummer - John Henry Bonham Of Led Zeppelin" on Thursday, January 23 at The Observatory, in Santa Ana, California can be seen below.

Due later this year, ANTHRAX's next album will mark the recording debut with the band of lead guitarist Jonathan Donais (SHADOWS FALL), who replaced Rob Caggiano in January 2013.