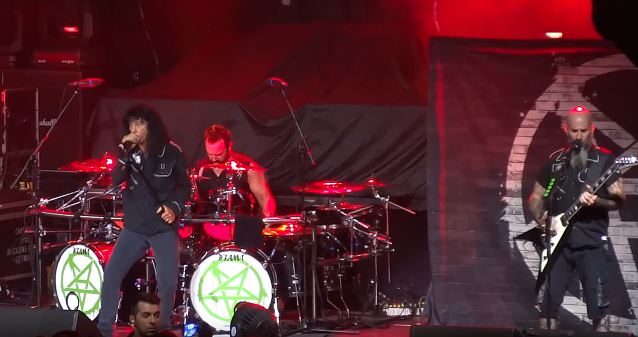 Fan-filmed video footage of ANTHRAX performing a new song, "Evil Twin", in Madrid and Barcelona during the Spanish leg of the band's current European tour with SLAYER can be seen below.

"Evil Twin" is taken from ANTHRAX's long-awaited new album, "For All Kings", which will be released on February 26, 2016 via Megaforce in North America and Nuclear Blast in Europe.

The official lyric video for "Evil Twin", taken from ANTHRAX's new CD, can be seen below. The clip is a compelling barrage of places, victims, actions, and some of the infamous zealots and others who have perpetrated violent extremism on innocents around the world, aptly exemplifying the song's powerful message. 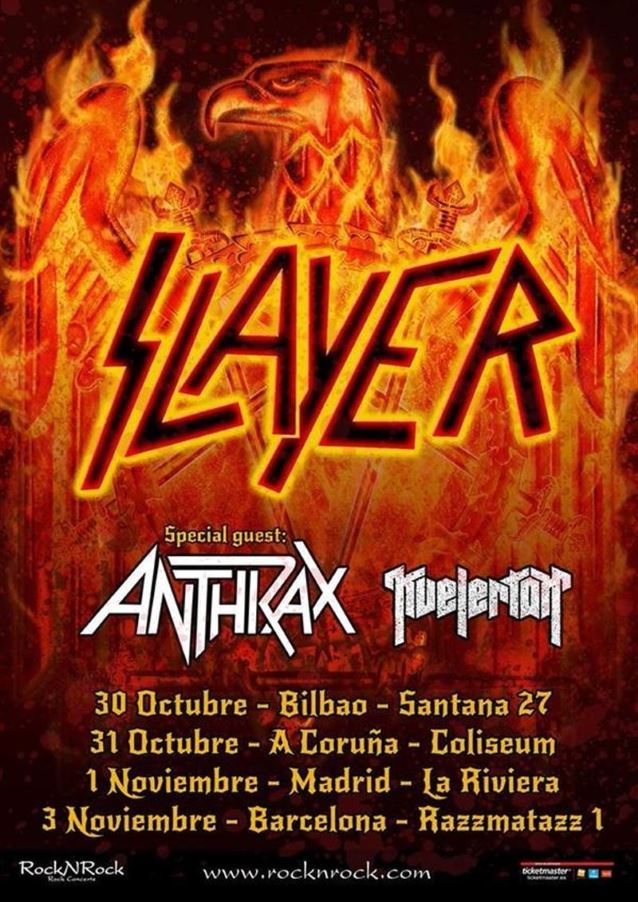