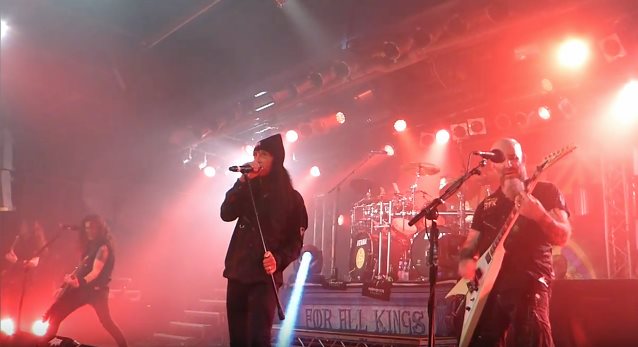 ANTHRAX is celebrating the 30th anniversary of its classic album "Among The Living" by performing the LP in its entirety on a European tour.

Fan-filmed video footage of the band's February 25 performance at Backstage in Munich, Germany can be seen below.

Last year's celebration of ANTHRAX's 35th anniversary saw the band getting some of the best live reviews of its career, but the reception from British fans on this tour has been far more than anyone anticipated.

"I don't know why it took us so long to come back to the U.K. and headline our own tour," said ANTHRAX singer Joey Belladonna, "but I'm sure glad we did. These shows have been some of the best we've ever done, and that's really due to the interaction with the fans; they've just been crazy. And that's what we wanted to capture for this DVD."

The "Among The Kings" show is divided into two parts — one, "Among The Living" performed live start to finish, and then the other half will be a special set that ANTHRAX is inviting its fans to help create. Fans should go to anthrax.com/setlist-vote where the band has posted the titles of 44 of their songs from throughout their career. You can vote for up to 10 songs, and the songs that receive the most votes will make up that portion of the live show. The band plans to keep an eye on the votes over the course of the European dates so as the most voted for songs may change, the band will alter their set lists appropriately. 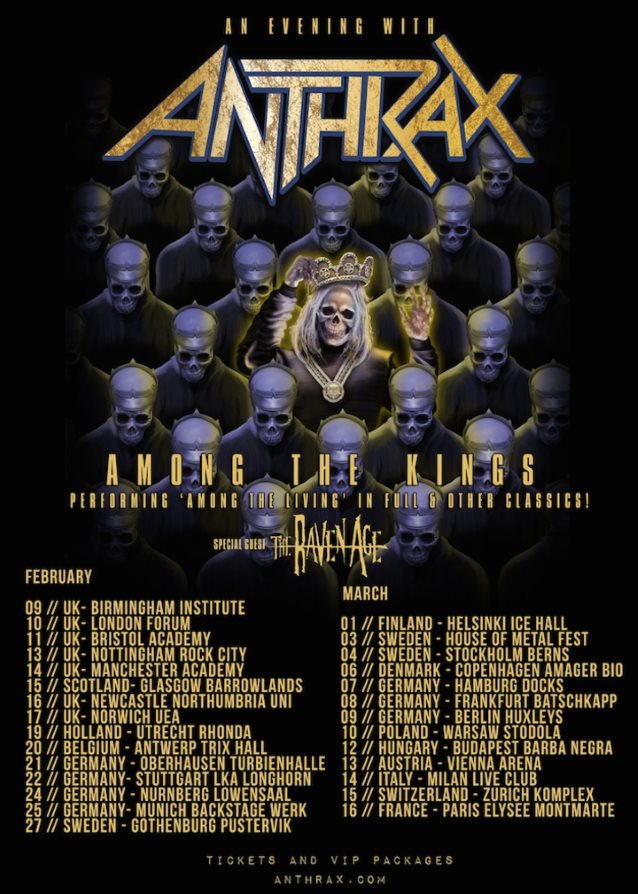