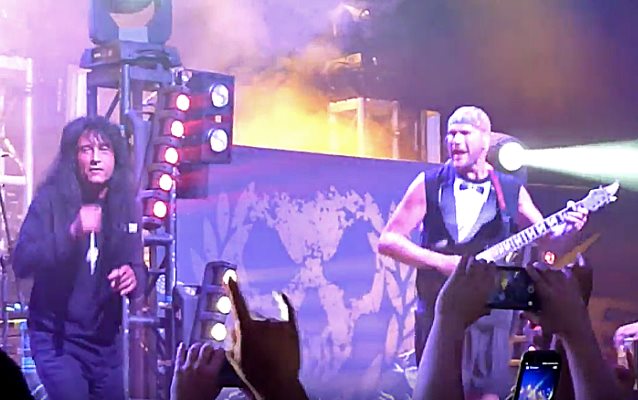 Fan-filmed video footage of ANTHRAX singer Joey Belladonna performing the DIO classic "Holy Diver" with KILLSWITCH ENGAGE on April 23 at The Fillmore in San Francisco, California can be seen below.

KILLSWITCH ENGAGE played in San Francisco as part of "The Killthrax Tour", a co-headlining bill with ANTHRAX that also features THE DEVIL WEARS PRADA and CODE ORANGE as support.

In a 2014 interview with the San Antonio Metal Music Examiner, Belladonna spoke about what Ronnie James Dio meant to him." Ronnie's an inspirational singer for me," he said. "I really believe that as you grow up, you're inspired by the people that perform and things that you would like to hear yourself be in that kind of category and have such a talent like he did and just be inspired. [He was a] great human being, great musician — just all that… He was just the slickest. He was so heavy but melodic, as well as his attitude about everything. He had great charisma."

Belladonna also spoke about the first impression Ronnie made on him. "He made me laugh big time," Joey said. "He just want[ed] to be funny. And yet he [was] so sincere and [could] have that serious point of view. You need to be enthralled with that when you're around him, to have him speak to you with that kind of attitude and spunk that he had. And I'd been around him when things weren't so good, which I won't bring up right now, but to have him share that with me, which was more private, about being in his band — things like that. Just to engage in that with me and run that by me."

KILLSWITCH ENGAGE originally recorded a cover of "Holy Diver" for a 2006 Kerrang! magazine-commissioned compilation, "High Voltage", which was made up of classic rock and metal songs covered by contemporary bands, with ten of the tracks recorded exclusively for the CD. 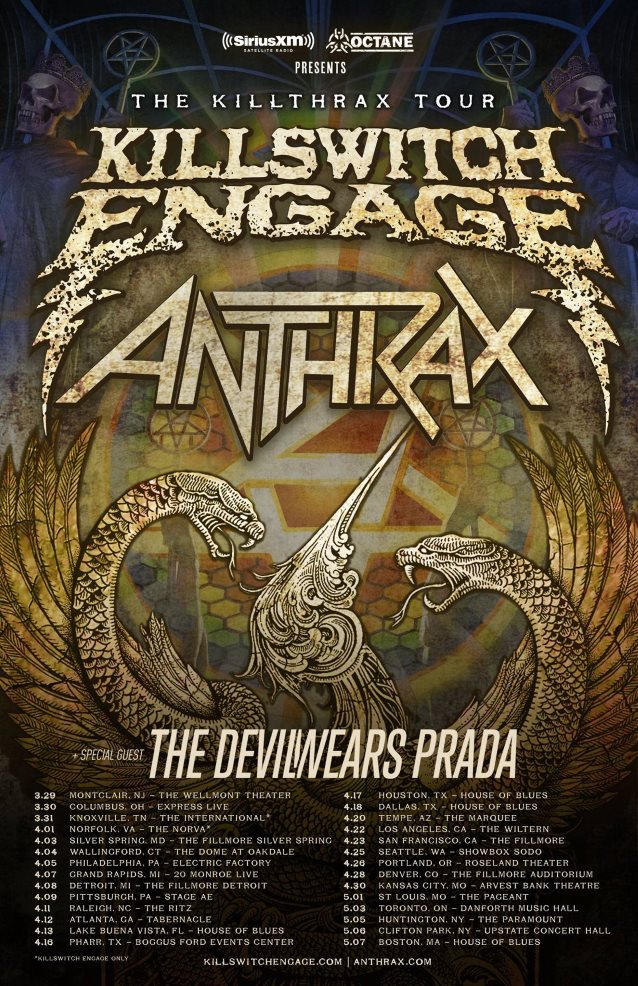