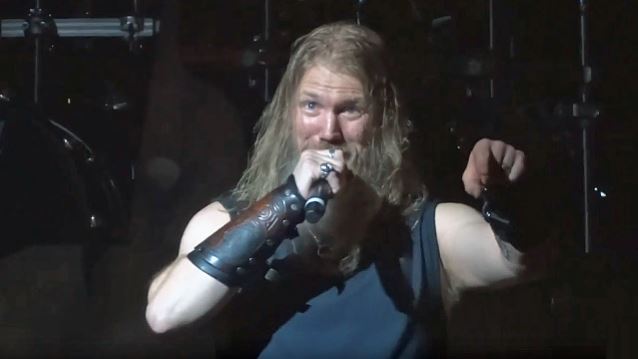 Swedish death metallers AMON AMARTH kicked off their North American tour last night (Thursday, April 7) at House Of Blues in San Diego, California. Video footage of the concert can be seen below.

"Jomsviking" was released on March 25 via Metal Blade in North America and Sony Music internationally.

AMON AMARTH's previous album, "Deceiver Of The Gods", sold around 17,000 copies in the United States in its first week of release to land at position No. 19 on The Billboard 200 chart. 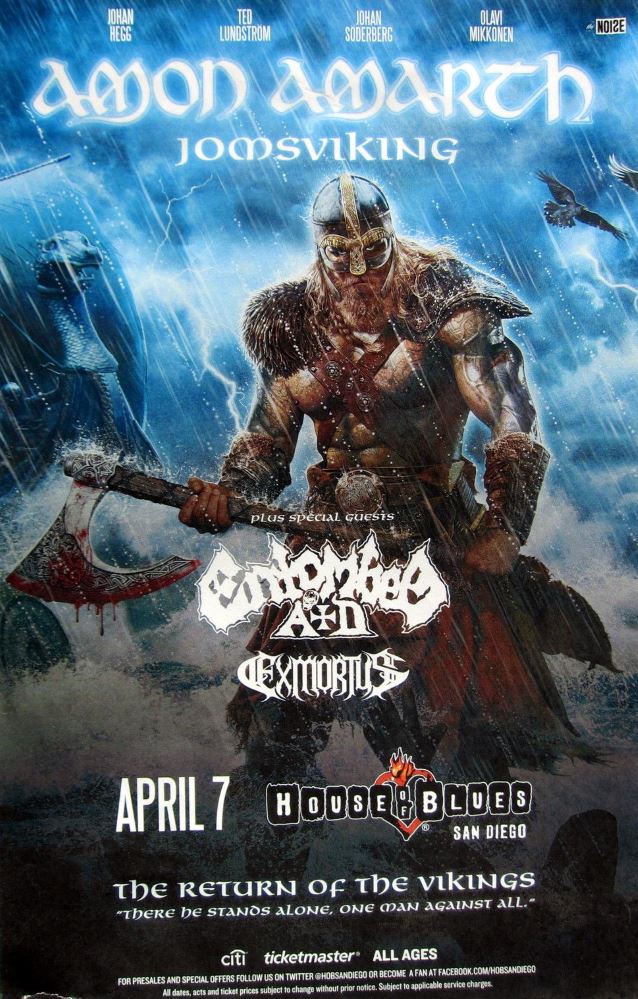