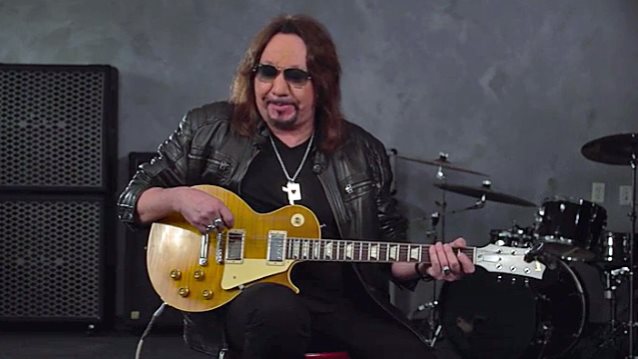 Original KISS guitarist Ace Frehley recently stopped by the Guitar World studio to talk about his new his solo covers set, "Origins Vol. 1", which came out in April, and to play a few classic KISS riffs. Check out the footage below.

Regarding how he went about choosing which songs to cover, Frehley said: "I knew this album was coming, and every time I got an idea or heard a song that I said, 'That might be a good one to do,' I'd write it down. And maybe I had had, like, thirty songs and I tried to pick ones that I thought I could do live also; that was a contributing factor in my decision."

He continued: "I originally wasn't that excited about it, but once I started the recording process, it just snowballed.

"I'm really happy with the nine covers and three remakes of KISS songs. I think it's a good package."