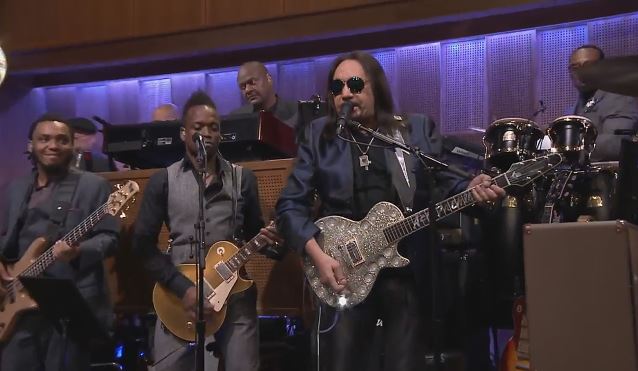 Rock And Roll Hall Of Fame inductee Ace Frehley performed on last night's edition of "The Tonight Show Starring Jimmy Fallon". The former KISS guitarist sat in with the house band THE ROOTS for the program's entirety. Prior to the show, Frehley performed "New York Groove" with THE ROOTS for "The Tonight Show" audience. Check out video footage of the performance below.

As previously reported, Frehley will take part in a one-time-only in-store appearance and signing at the Best Buy in Union Square, New York City on Tuesday, August 19 at 6 p.m. Fans will be able to get their own copy of Fehley's new album, "Space Invader", signed by the Space Man himself.