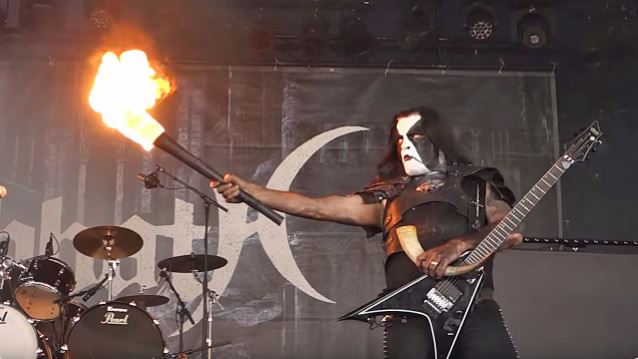 Fan-filmed video footage of ABBATH, the band led by ex-IMMORTAL frontman Olve Eikemo (a.k.a. Abbath), performing on June 5 at the FortaRock festival at Goffertpark in Nijmegen, the Netherlands can be seen below.

ABBATH's self-titled debut album was released on January 22 via Season Of Mist.

In an interview with Australia's TheMusic.com.au, Abbath spoke about the circumstances surrounding his departure from IMMORTAL and his decision to launch a new group. "I feel like I've been fired," he said. "It was never my intention to go solo but I really feel like I've been forced into it. Apparently they [lyricist/guitarist Demonaz and drummer Horgh] are going to continue on [as IMMORTAL] without me and that's fine — but it was very disappointing that no one, not even [IMMORTAL's record label] Nuclear Blast, wanted to hear my side of the story. The other guys wanted to do things solely on their timetable and also claimed that I need to go to rehab, which was just nonsense, because I've always delivered, live and in the studio — always." 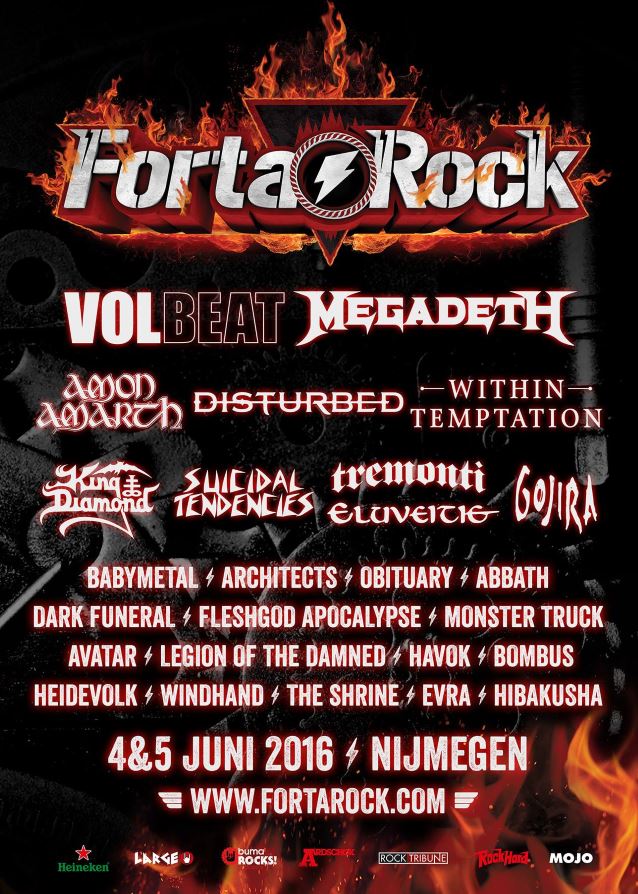