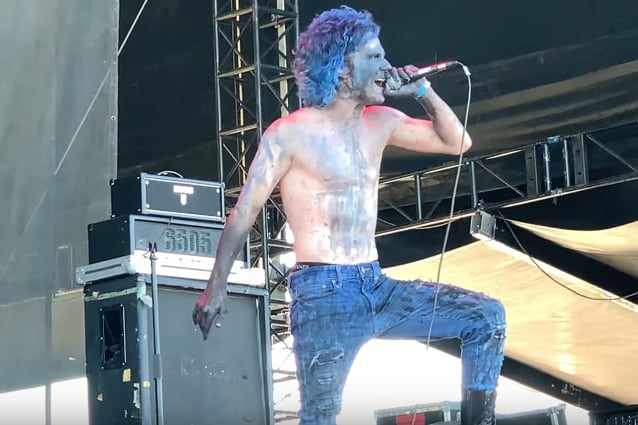 VENDED, the band fronted by Griffin Taylor, the son of SLIPKNOT and STONE SOUR singer Corey Taylor, performed at Knotfest Iowa this past Saturday (September 25) at the National Balloon Classic Field in Indianola, Iowa. Fan-filmed video footage of the concert can be seen below.

VENDED will also open the bill at Knotfest Los Angeles in early November.

VENDED's fresh and unique sound heralds in a new era and the arrival of the next generation of brutality to hail from Des Moines, Iowa. Formed in February of 2018, VENDED exhibits a furiously heavy sound built upon the foundations laid by the speed, power and precision of the rhythm section, layered with ferocious guitars, soul crushing solos and gutteral-yet-melodic vocals that portray the hardships and the harsh realities of life.

VENDED had its first mainstream exposure in 2020 when they performed as part of Knotfest.com's virtual "Pulse Of The Maggots" festival. Their live performance, filmed at The Electric Theatre, has clocked up over 100,000 views on YouTube and garnered the band a swathe of new fans from around the world, eager to hear more from the five-piece.

Griffin, who looks a lot like his father, previously showcased his skills when he joined Corey onstage during STONE SOUR shows in 2017 and 2018. According to The Pulse Of Radio, he's also played cover tunes with Simon Crahan, while Clown's daughter Alexandria Crahan-Conway has snapped some of VENDED's previous press pics. 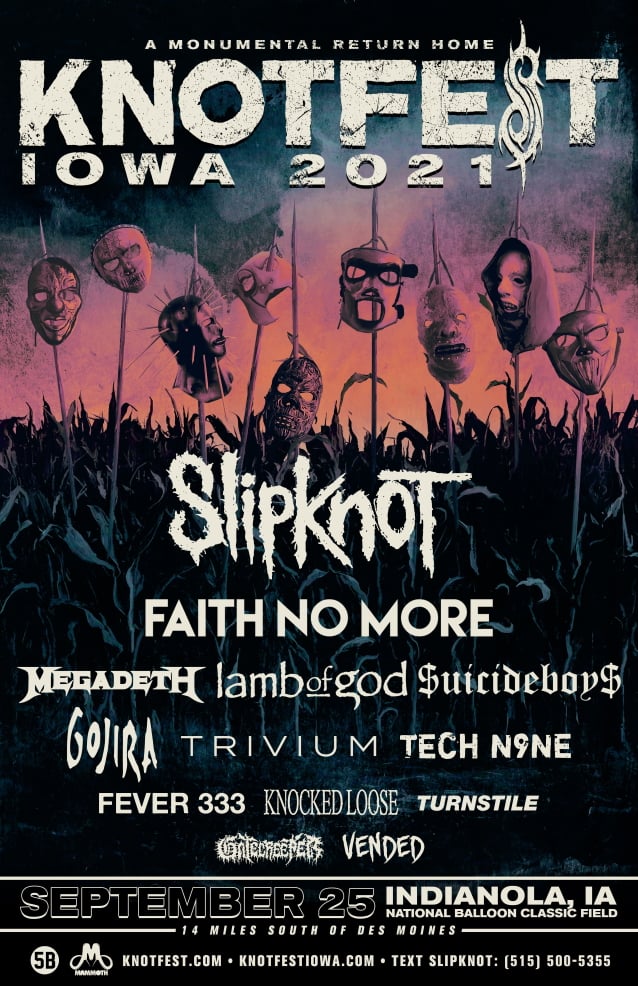