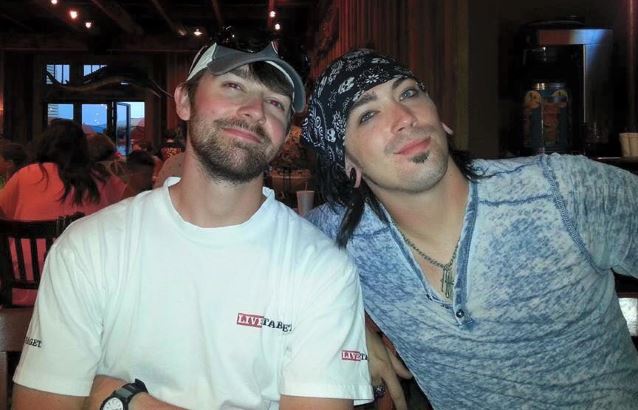 The bassist for the VELCRO PYGMIES, a rock band founded in Louisville, Kentucky, and his brother have gone missing at an Alabama harbor.

Jacob and Jeremiah Sanders were reported missing Wednesday night while fishing near Florence, Alabama. Their boat was recovered under a bridge, but there has been no sign of the brothers.

Lauderdale County Emergency Management Agency officials told ABC3340.com that the boat was heavily damaged. "The boat was pinned under one of the pilings on the bridge on the Wilson Dam side," Emergency Management Agency director Tim Greer said. "From what I was told — I didn't actually see it myself — it was some kind of impact... some kind of accident that the boat had. The hull had pretty substantial damage to it."

State and local authorities searched the area all day Thursday with no luck.

Weather conditions in the area have hampered the search effort.

VELCRO PYGMIES describe their sound as "a roller coaster trip through the '80s, with occasional detours into country and R&B."

Jacob's official bio on the VELCRO PYGMIES web site reads: "Keen style, piercing crystal blue eyes and God-given good looks can be deceptive when it comes to Jacob Sanders. Not only are the women enchanted with his appearance, but they melt with the bass he lays down, and they are more than willing to pick it up. His instrument, like him, are guaranteed to satisfy."