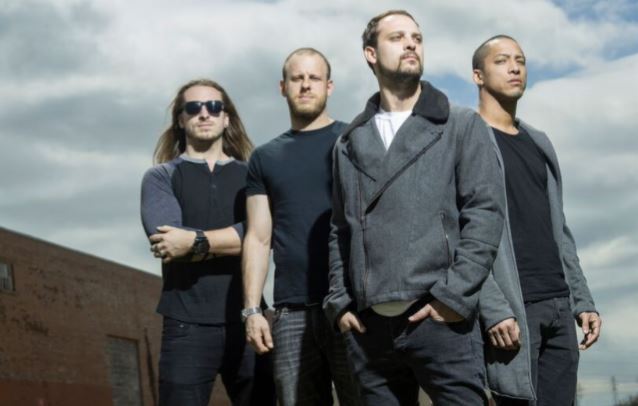 Chicago metallers VEIL OF MAYA will release their fifth album, "Matriarch", on May 12 via Sumerian Records.

When VEIL OF MAYA was recording "Matriarch", the group found itself with a lot of new ideas, but no singer. Enter Lukas Magyar.

"I'm from this small town in Wisconsin, where there's not a lot of music and nobody's really as serious about it as I am," says Magyar. "I had followed VEIL for a few years, and was really impressed by them. When I heard they needed a new singer, I got in touch." Magyar, however, had never toured before. Or even been on a plane. Not a problem.

"We flew him out, auditioned him and hired him on the spot," reveals guitarist Marc Okubo. "He was great. He could sing, too, which is something we'd wanted to do for a while. It really opened up some possibilities."

After making his live debut in front of thousands at last year's Knotfest, Magyar quickly joined producer Taylor Larson (PERIPHERY, DARKEST HOUR) and the rest of VEIL OF MAYA (rounded out by Okubo, drummer Sam Applebaum and bassist Dan Hauser) in the studio to record "Matriarch". It's an album that finds Magyar bringing a new addition to VEIL OF MAYA's arsenal; a mix of harsh and clean singing.

"There was controversy when we released the single, 'Mikasa'," Okubo admits. "But for every 10 kids who complained online, we gained hundreds of new fans. I think 'Mikasa' is the most popular song we've ever put out."

You'll definitely hear Lukas's presence and influence on "Matriarch". Yes, VEIL OF MAYA is still, as AllMusic posited, "possessed of a malevolent fury and almost mechanical precision." But there's growth here. The grinding "NYU" slides up against the more atmospheric tracks like "Phoenix" and "Leeloo". The title track gets playful, almost like a Danny Elfman tune.

VEIL OF MAYA has spent the past ten years grinding it out on the road through countless tours and festivals around the world, gaining an enormous following for its evolving blend of progressive metal technical brutality. The band reached a critical peak with 2012's successful "Eclipse", co-produced by PERIPHERY's Misha Mansoor.

VEIL OF MAYA has announced a late spring headlining tour with special guests REVOCATION, OCEANO, GIFT GIVER and ENTHEOS. The "Matriarch" tour begins May 20 in Detroit. 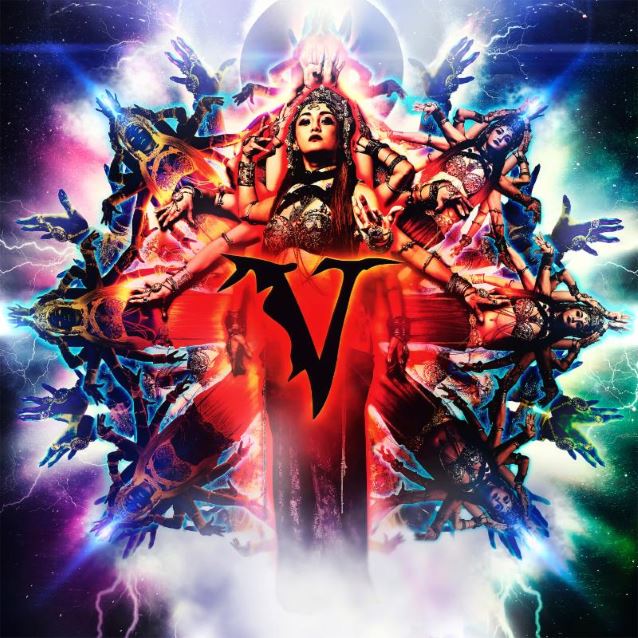