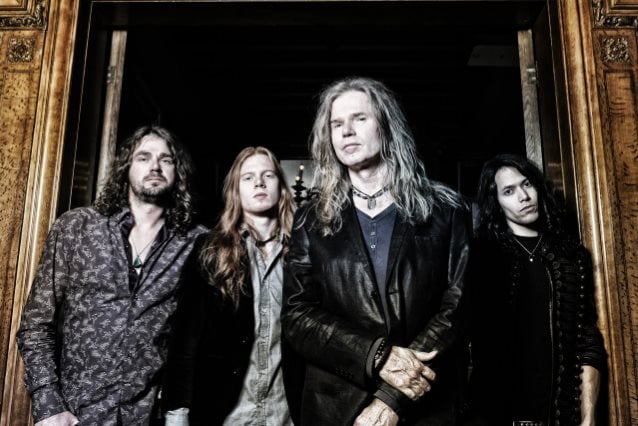 "What Doesn't Kill You", the new video from VANDENBERG'S MOONKINGS, can be seen below. The song is taken from the band's sophomore album, simply titled "MK II", which will be released on November 3 via the Mascot Label Group.

"What Doesn't Kill You" is a call to action; combining a hypnotic melody, soaring chorus and a timelessness that evokes a sense of empowerment and determination. You will prevail, you will be strong, you will get through this it cries to you; "What doesn't kill you makes you stronger, you're a survivor, your mind set to carry on," proclaims Jan Hoving as you are whipped up into a captivating whirlwind of infectious hooks into a journey of self-belief.

Talking about the song and video, Adrian Vandenberg says: "In this video, the lyrics, the powerful music and the expressive performance of the band call for images and symbolism just as powerful. All these elements reinforce each other in order to get the message across. The owl, the wise creature of the night and as such the talisman of MOONKINGS, breaks free of the confinement of the band logo and flies unhindered over cities like New York, Paris, London and Los Angeles to eventually circle around the Statue of Liberty. Nighttime fireworks symbolize the celebration of freedom and the determination to survive, no matter what goes on in the world."

Four years after Adrian Vandenberg made a spectacular comeback with VANDENBERG'S MOONKINGS, the band returns with "MK II". The disc has all the qualities of the debut: once again the four-piece band manages to create a perfect mix of vintage seventies hard rock and current styles of heavy rock. Adrian Vandenberg shines as a bonafide guitar virtuoso, while the rest of the band also delivers in spades. Yet "MK II" has even more to offer than the highly praised first album. It shows how the band grew into a strong unit during the world tours of the recent years.

"The last few years have been very important indeed," confirms Adrian Vandenberg, who previously gained world fame as the guitarist and songwriter of VANDENBERG and WHITESNAKE. "We just got to know each other when we recorded out debut album. I think we all exceeded each other's expectations. But you really get to know each other while on the road. It was then that I really became impressed by the abundance of energy that this band has. We tried to capture this on our new album. At the same time, we all grew individually. I am really amazed by the way Jan Hoving has grown even more in his role as a singer and as a frontman. I've played with the best bass players and drummers in my extensive career, but, with all respect, I dare to say that Sem Christoffel and drummer Mart Nijen Es form the best rhythm section I ever had the pleasure of working with."

The comeback gets a worthy follow-up with "MK II". It was (partly) recorded in the famous Wisseloord Studio in Hilversum, Holland, where the band also worked on the debut album. Once again produced by Adrian Vandenberg, engineer/ soundmixer Ronald Prent used his magic again and the mastering was done by Darcy Proper.

"The fantastic response to our debut received also gave us a major boost," said Adrian. "We felt confident to loosen things up quite a bit. Sem and Mart really go for it of at the end of 'The Fire'. Previously, I would have called for a fade-out in the mix, but this time we decided to keep it and put it on the record. It somehow reminded me of the '70s CREAM and LED ZEPPELIN jam sessions that nobody seems to do anymore these days. I allowed myself to rip all over the end section of 'If You Can't Handle The Heat'. I've always found that as a guitar player you should be able to tell a story in about twenty seconds, so this time it was great to break this rule for a change and let myself go completely. Never before in my career I have done this on an album. All in all, working on this album was a wonderful experience. The notorious 'second album syndrome' never reared its ugly head."

The release of "MK II" will be supported with club tours and appearances on festivals worldwide. "I've been a professional musician for over forty years, but I am still as eager as I have always been and still have the feeling that I'm just getting started," added Adrian. "I am convinced that we have many good years ahead with this band." 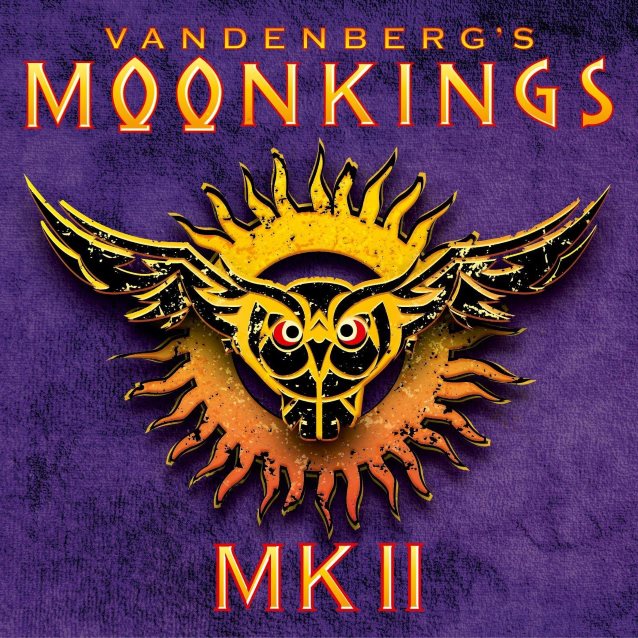