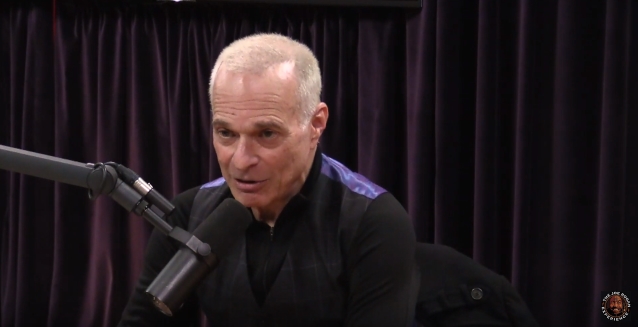 VAN HALEN singer David Lee Roth was a guest on this past Thursday's (February 28) episode of "The Joe Rogan Experience", the immensely popular podcast that consists of lengthy, laid-back conversation. As usual, the three-hour interview, which can be seen below, saw Roth talking almost entirely in riddles and never giving a straight answer to anything, including questions about the Sammy Hagar era of VAN HALEN.

Roth's appearance on "The Joe Rogan Experience" comes weeks after a recent rumor suggested that the original VAN HALEN lineup — including bassist Michael Anthony, who has not played with the band since 2004 — would reunite in 2019 for a run of stadium shows. This would be the first time that the four founding members of the band, including Roth, guitarist Eddie Van Halen and drummer Alex Van Halen, perform together since 1984.