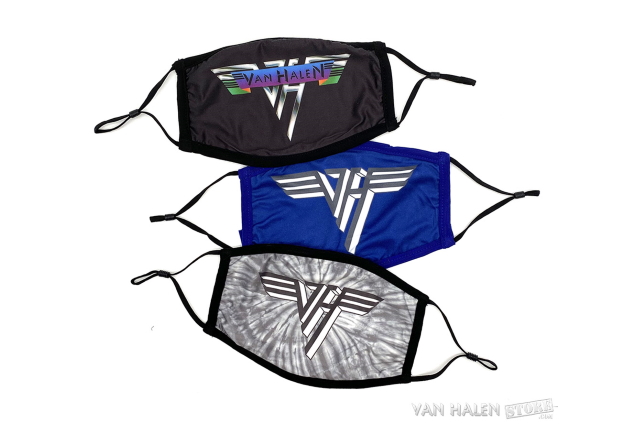 VAN HALEN has released officially licensed face masks. They are available in four different designs, including a neck gaiter, which can also be worn as a neck warmer, headband, bandana or wristband.

An awesome spin on the classic face mask, these feature elastic ear loops with an adjustable toggle for a secure, comfy fit. Plus, an integrated nose wire minimizes gaps and eliminates slipping.

Available individually or in a set of three. Or set of four with the gaiter.

Early last year, rumors were rampant that the classic-era lineup of VAN HALEN would reunite for the first time since 1984. It's unclear why the tour didn't happen, though there has been online chatter that a health setback involving guitarist Eddie Van Halen might have been responsible.