VAN HALEN's "1984" was the band's biggest selling album, with over 12 million copies sold in the U.S. alone, spawning VAN HALEN's first and only No. 1 pop single, "Jump", Top 15 hits "Panama" and "I'll Wait", plus the MTV classic "Hot For Teacher", and launching the band on its most ambitious tour, after being the highest-paid band ever for their 1983 US Festival performance. Creatively, the album was a major leap forward, with the band taking charge of all the music and dictating terms of the recording.

Eddie Van Halen candidly points out to "In The Studio" host Redbeard the guitarist's M.O. when it came to picking music for "1984".

"'Diver Down', our fifth record, had half cover tunes, and I had it, personally, up to here. That's why I built the (5150 home) studio. I'd rather bomb with my own music than make it doing someone else's music."

Yet, eighteen months later after breaking all album sales and attendance records, popular VAN HALEN frontman David Lee Roth would bolt without warning, leaving Eddie, Alex, and Michael reeling and the band's future in doubt. While the facts in these interviews remain true and accurate, the opinions are a snapshot of just one of the many chapters in this three-decade saga, at a time before David Lee Roth was invited back into the band and before Michael Anthony was dismissed.

"In The Studio: The Stories Behind History's Greatest Rock Bands" (audio): 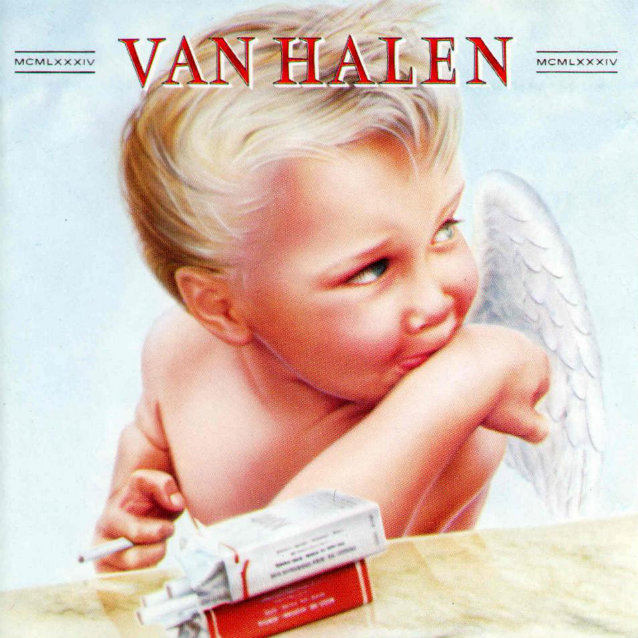