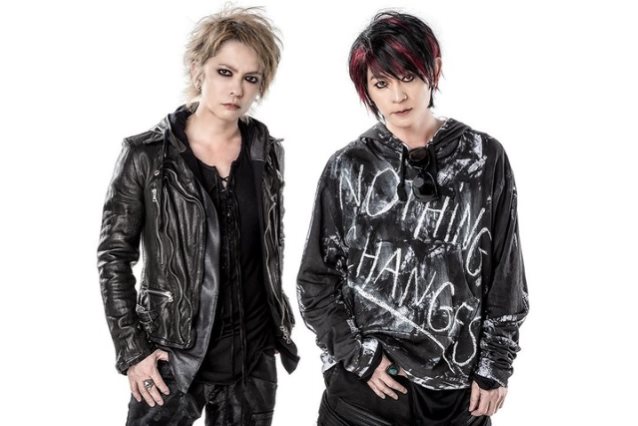 VAMPS, the visually arresting Japanese rock band featuring Hyde (L'Arc-en-Ciel) and K.A.Z. (Oblivion Dust), will return to the U.S. this spring to join I PREVAIL and STARSET on their upcoming May U.S. tour. U.K. newcomers AS LIONS will also join select dates, with opener COVER YOUR TRACKS rounding out the tour lineup.

VAMPS vocalist Hyde states: "Playing with some of the most exciting rock bands out there, I PREVAIL and STARSET, is an honor and we're very much looking forward to this tour. We had a great North American tour last fall, but time was limited so we're thrilled to come back this spring and hit more cities."

Adds VAMPS guitarist K.A.Z.: "We can't wait to see all of our loyal U.S. fans and make new ones. Every time we've come to the United States, we've received a tremendously warm welcome so we're stoked to play some brand new songs from our forthcoming album to all of you for the first time. See you at the shows!"

VAMPS has just completed recording its next full-length album, "Underworld", with writer/producer Kane Churko (IN THIS MOMENT, FIVE FINGER DEATH PUNCH, OZZY OSBOURNE, PAPA ROACH) for an April 26 release. Check out an exclusive music preview below.

Says the band:" 'Underworld' is not a place that we can see with our eyes, 'the physical world,' but the dark side that's hidden beneath the surface, 'the shadow world,' where VAMPS' true nature lies — a concept that brought this album to life."

Last fall, VAMPS crashed North American soil for select headline dates which included stops in Los Angeles, New York, Chicago, Toronto and Mexico City in support of two new songs: "Inside of Me" featuring Chris Motionless from MOTIONLESS IN WHITE, and "Rise Or Die" which was co-written with EMIGRATE/RAMMSTEIN guitarist Richard Z. Kruspe.

"Inside Of Me" was the first VAMPS track to ever receive airplay on SiriusXM Octane and impressively won the weekly Octane Twitter poll by a landslide. The song has since become the band's biggest streaming success to date. 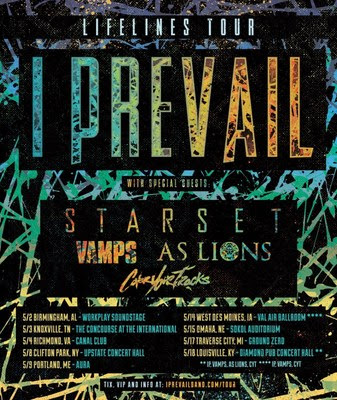 We’re excited to tour the U.S. with I Prevail and Starset this May!
Tickets on sale Friday. Check out this exclusive preview for some new
music from our forthcoming album - out this Spring! More info: http://bit.ly/2m9d9dN