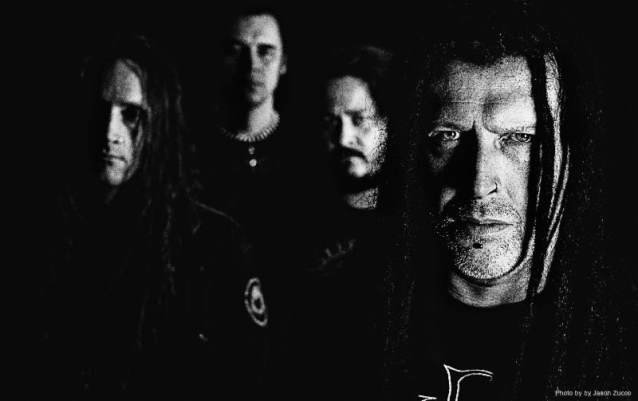 "Splinters", the video for the title track of the second full-length album from VALLENFYRE, the U.K. death metal band featuring Gregor Mackintosh, songwriter and guitarist of PARADISE LOST, alongside members of MY DYING BRIDE, AT THE GATES and DOOM, can be seen below. Due on May 12 in Europe and on May 13 in North America via Century Media Records, the CD's simple-yet-striking cover artwork was created by Brian D'Agosta, who previously drew a logo for VALLENFYRE bassist Scoot's other band, EXTINCTION OF MANKIND, as well as artwork for many other bands.