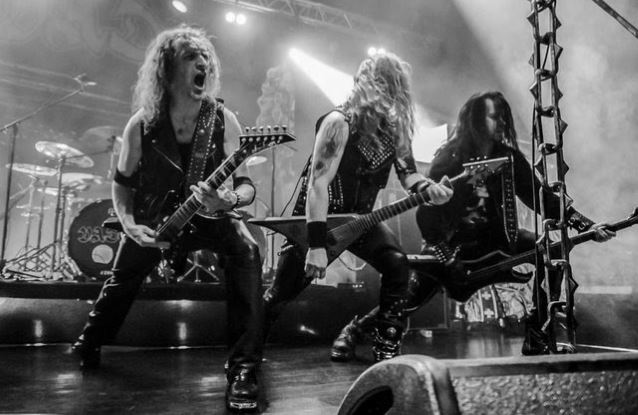 Polish death metal veterans VADER will release their new studio album, "The Empire", on September 23 via Nuclear Blast. The follow-up to 2014's "Tibi Et Igni" was recorded at Hertz Studios in Bialystok, Poland with producers Wojtek and Slawek Wiesawski.

A special ten-inch single, "Iron Times", will arrive on August 12. It includes the following songs:

The song "Prayer To The God Of War" will also be available digitally.

VADER's Piotr "Peter" Wiwczarek states: "I am so excited to announce new VADER album, which will be released by nuclear blast again! 'The Empire' is planned to be out at the end of September 2016. However, we prepared limited EP called 'Iron Times' yet in August! There are two new tracks included plus two bonus songs. All will be available in beautiful folded ten-inch vinyl, for which Joe Petagno himself created amazing cover."