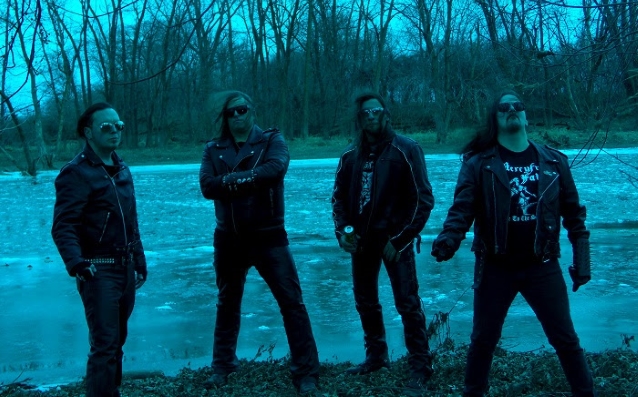 Chicago metal band USURPER has released a lyric video for the title track of its upcoming album, "Lords Of The Permafrost". The disc will be released in March via Soulseller Records.

The band commented: "After a 14-year hiatus, USURPER are proud to return with our sixth full-length album entitled 'Lords Of The Permafrost'. Back when we formed in 1993, we had the goal to create heavy, memorable songs with the anthemic quality of traditional heavy metal, combined with the heaviness of death metal, the fury of thrash metal, the atmosphere of black metal and the straight-forward, ass-kicking of '70s hard rock... 25 years later, we feel we have stayed true to our original objective and have recorded the quintessential USURPER album. Lyrically, these songs explore topics such as monster folklore, the paranormal and other obscure tales, all while being delivered with a lethal dose of heavy metal bravado.

"USURPER never have, and never will chase trends. We have only returned to bring our next chapter of metal to the worldwide warriors of iron and rust, and kick maximum ass!"

Formed in the early 1990s, USURPER has released five full-length albums and toured worldwide, headlining metal festivals in Europe and the United States and also supporting the likes of MANOWAR, CRADLE OF FILTH, ENTHRONED, and ENSLAVED. Eschewing social and political ideologies, the band writes classic heavy metal anthems that incorporate folklore, science fiction, and paranormal topics. On the eve of releasing "Lords Of The Permafrost", which may be their strongest work yet, this USURPER delivers a heavy metal punch in the gut that's just as relevant today as when they rose through the ranks of the underground music scene 25 years ago. 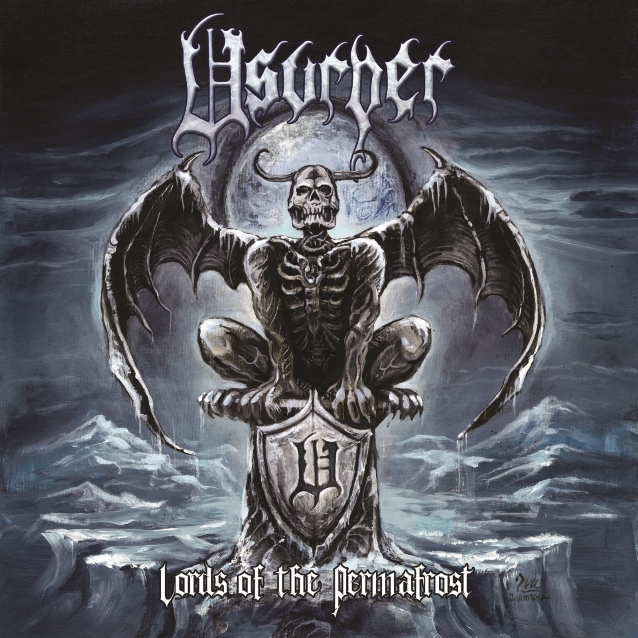