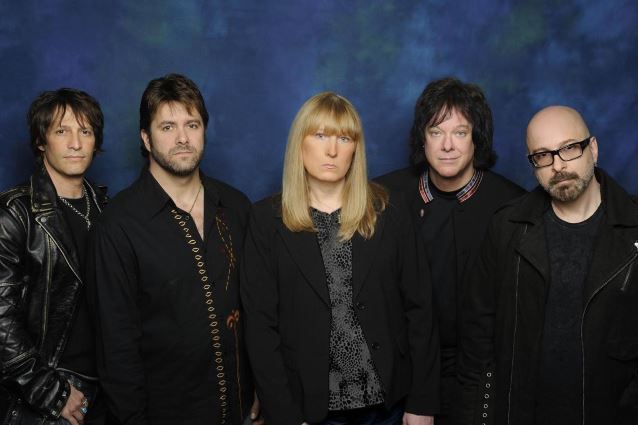 Frontiers Music Srl has welcomed back to the label one of the most legendary melodic hard rock bands ever: UNRULY CHILD.

The record is still regarded as one of the musical highlights of its era with soaring vocals and fabulous musicianship combined with a unique take on melodic hard rock with a slight progressive edge.

After two more critically acclaimed studio recordings, the band reunited the original lineup in 2010 and is now getting ready for a new return with the recording of a brand new album and more surprises, including a new live DVD and a limited box set release which will encompass all the band's releases from 1998 until now (including four original studio albums and a CD/DVD of demos recorded for the debut album).

Guy Allison says: "The reaction to our release of 'Worlds Collide' and to our live appearance at FireFest has had a huge impact on us. The positive feedback from the UNRULY CHILD fans has always been a catalyst and driving force for our creativity — but we didn't quite expect so much love from the UC collective. So now we want to take everything we've learned, everything we've done, and distill it into the quintessential, badass 'take no prisoners,' best UNRULY CHILD record — EVER! We're shooting for epic."

Marcie Michelle Free adds: "Age is only a number and a state of being. But beyond the physical plane, time has no meaning. That is where one usually finds me. With that and in thinking about the opportunity before us, I must say that it is very exciting to think of the prospects. A new record, a new day, and a new beginning.

"Our last record with Frontiers ['Worlds Collide'] in 2010 was a huge success. But our focus of late has been on the past and by looking back we're actually looking ahead bringing with us all that we have learned along the way.

Bruce Gowdy concludes: "I'm excited to work on a new UNRULY CHILD album; it's going to be great! We've always, as a group, had the best times working together, and now a new album and shows planned... Wow ! We're very excited about the future of UNRULY CHILD. Please spread the news."

The recording sessions for the new album have started already, with the label looking at releasing the new record in early 2017.