When it comes to crossing genre lines from hard rock and heavy metal to rap and hip-hop, plenty of bands have made successful crossover hits from Jay Z and LINKIN PARK to PUBLIC ENEMY and ANTHRAX. But in recent years as some of these iconic collaborations have fallen to the wayside, a new era of fresh rhyming, hard-hitting, headbanging power has risen from those ashes… coming from young stars who have already seen their share of fame: rapper Sky Katz and metal band UNLOCKING THE TRUTH. And their new single "Rockstar" is sure to leave fans of genre-bending with a whole new level of appreciation!

With the teen years being most closely associated with growing, learning, and coming into one's own while breaking through boundaries, Sky and UNLOCKING THE TRUTH have certainly already accomplished these feats in leaps and bounds not only in their personal lives but in their incredible journeys as young musicians. Adding to these enormous feats is their effort to merge two genres often seen as opposing, and bring an incredible amount of diversity both musically and culturally.

"Rockstar" encapsulates the hard-hitting, in-your-face elements of metal and hip-hop that have made both genres incredibly popular and successful since their origins began with attitude, speed, and a fierce message. In it, over heavy riffs and an intense rhythm section, Katz raps, "Which one of y'all done called my name, fresh on the scene with the ball and chain // A hundred MCs and they all the same, so Sky turned Rock And Roll Hall Of Fame," with a tough grit not usually reserved for her 12-year-old stature, continuing, "I might roll through the city in a big ol' truck, four big wheels and a grill up front // Pull up to the show all you see is us, if we ever had beef man I wish ya luck." The song heightens with Sky and UNLOCKING THE TRUTH's Malcolm Brickhouse belting refrain, "I got rock and roll it's all in my soul with the real hip hop that's 'bout to explode, if you hear them shots cops on patrol that's me, turning to a rockstar!" in a fervid mix of volition that could easily be seen as a theme for extreme sports or the toughest cage-match brawl.

Hailing from Long Island, New York, hip-hop pioneer and BMI recording artist Sky Katz has been hitting the ground running in the music industry since discovering her talent and passion for rapping at the age of 5. Sky has kept the momentum up ever since with her dynamic, witty, and energetic style with an old-school chemistry. Fueled by her insatiable thirst to bring back old-school hip-hop and make a mark in the industry with influences from hip-hop greats like Nicki Minaj, Drake, Nas, Rakim, and many more in the game, Sky Katz has honed her craft with a very appealing presence and has garnered a very good buzz and following that continues to expand through anyone who discovers her. With her recent appearance on "America's Got Talent", she wowed the panel judges (and audience) with her single "Fresh". Her single "Haters" (a revamp of Biz Markie's "Just A Friend") came shortly after, which received critical acclaim and positive reception worldwide. Following the performances, she obtained thousands of followers from across the globe on her Instagram and YouTube pages, and is currently focused on driving her career forward.

UNLOCKING THE TRUTH is Malcolm Brickhouse (vocals/guitar) Alec Atkins (bass), and Jarad Dawkins (drums). Founding members Brickhouse and Dawkins met each other at a birthday party in 2005. Sharing similar tastes in music, they decided to create a band. As the metal duo's street performances started gaining attention, Brickhouse and Dawkins felt they needed a bassist but none of their friends were musicians, so they taught their pre-school friend, Alec Atkins, how to play the bass guitar from scratch. These street performances in Times Square and around New York City led to people recording and uploading videos of them to YouTube, which garnered a lot of attention through social media. The trio have since appeared on national television, including NBC's "The Tonight Show", ABC's "The View", CNN, Fuse, BET, Comedy Central's "The Colbert Report" and more. In 2014, they were the youngest group to perform at Coachella. They've performed at the Afropunk Fest, SXSW and were the youngest band to play at the 2014 Vans Warped Tour. They have also performed at the high-profile music festivals Heavy Montreal and Bonnaroo. The trio have supported music legends such as GUNS N' ROSES, MOTÖRHEAD, QUEENS OF THE STONE AGE, LIVING COLOUR, MARILYN MANSON and more while also earning spots in commercials for Airheads, AT&T, Beats by Dr. Dre, Maybelline and Verizon. In 2014 the band signed a contract for five albums with Sony Music Entertainment, but in 2015, they successfully negotiated their release from the contract. Their full-length debut album, "Chaos", was released on June 17, 2016 via TuneCore, and a feature-length documentary film about the band, titled "Breaking A Monster", came out in 2016.

With "Rockstar", Sky Katz and UNLOCKING THE TRUTH bring a whole new element to the hip-hop/metal crossover with not only a youthful exuberance but a new breath of life that is sure to bring a younger generation who may be accustomed either genre to look more deeply and discover something new. 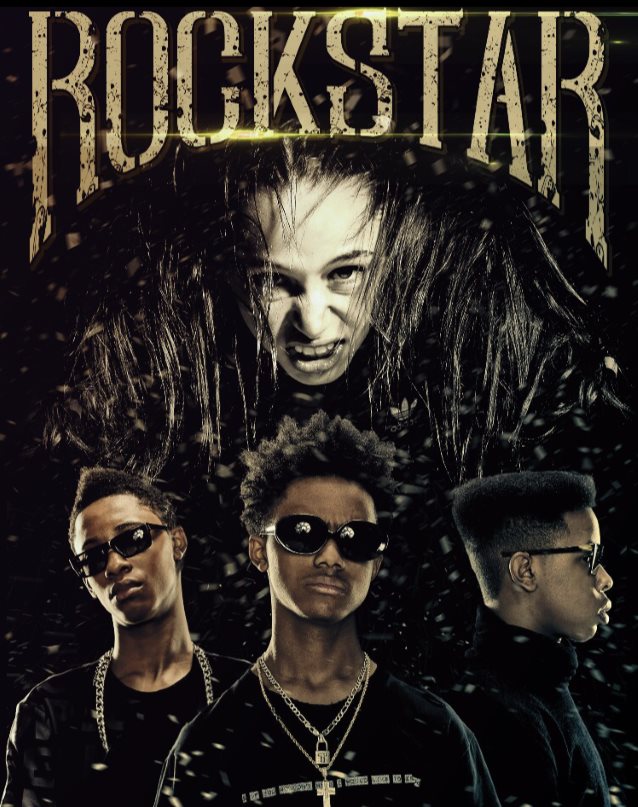