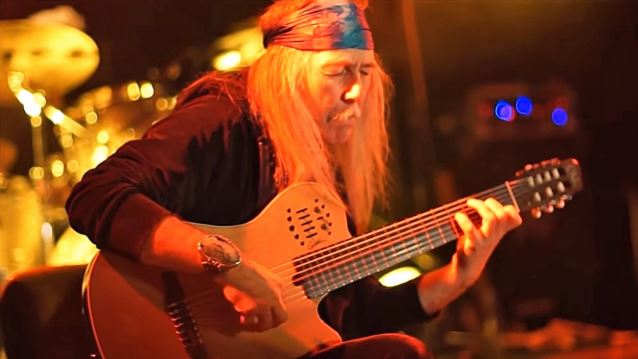 In a brand new interview with Metal Insider, legendary German guitarist Uli Jon Roth was asked if he was ever jealous of SCORPIONS' mainstream success after he left the band. He responded: "First of all, I am not a jealous person. I am proud of every bit of their success and they deserve everything they have. To me, though, it was clear the band was gonna be massive. When we were putting out albums in the '70s, it seemed like every year we were going up a couple of notches on the ladder. They took it to the next level and their timing was perfect."

Roth admitted that he took a serious left turn with his music from what SCORPIONS were doing after his departure from the group. He said: "After I left the band, I ignored all of it and did my own thing. Sure, what I was doing was off the beaten track, but it was also very successful. To me, it wasn't a big letdown, since I was never interested in writing commercial songs. The SCORPIONS are great at doing that. I consider myself a composer of music. I always think in terms of symphonic and large structure pieces and was interested in classical and experimenting."

Uli didn't completely close the door on a future collaboration with SCORPIONS, saying: "It's always fun to play with the guys from time to time and we really have a great ongoing relationship. They do their thing and I do mine. My part is so different from theirs, and as much as people would like us to play together again writing new material, right now I think it would rock the boat to bring in a totally new approach. The SCORPIONS are very content with what they have going on and so am I. I do think the ideas would be very interesting if it ever happened. We did talk about me playing on an album a few years ago, though."

Roth recently said that he is planning to release a new concert DVD titled "Tokyo Tapes Revisited" as a "counterpart" to his 2015 double album "Scorpions Revisited" on which he revisited his personal favorites from the early SCORPIONS period.

As a member of the SCORPIONS from 1973 through 1978, Uli Jon Roth helped pioneer the neo-classical style that has influenced countless guitarists to this day. His extraordinary playing can be heard on four classic SCORPIONS records, "Fly To The Rainbow" (1974), "In Trance" (1975), "Virgin Killer" (1976) and "Taken By Force". This lineup also recorded what many still consider to be one of the greatest live albums ever see light of day, "Tokyo Tapes".