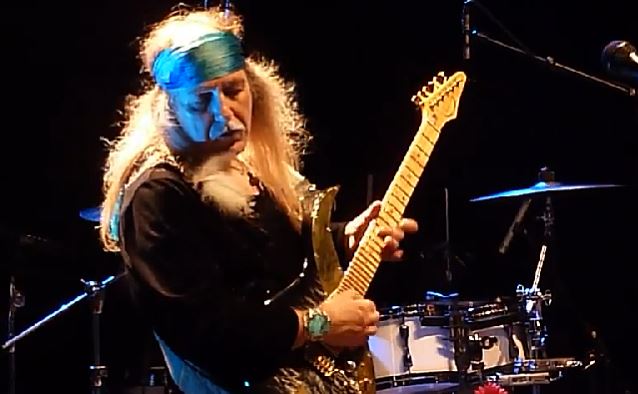 Fan-filmed video footage of legendary guitarist Uli Jon Roth (SCORPIONS) performing on October 10 at De Kreun in Kortrijk, Belgium can be seen below.

Roth will release a new double album, "Scorpions Revisited - Volume 1", in the fall. Uli states: "The material we recorded for this project will be released in two stages, beginning with a double CD, which was recorded last year in the same hall near Hanover that we used for the SCORPIONS rehearsals 1973-1978. Together with an amazing bunch of very talented young musicians, I revisited my personal favourites from the early SCORPIONS period, some of which were written in that same hall. It was an emotional few days and I am very pleased with the results in more ways than one."

He continues: "The idea was to stay truthful to the original spirit of the music, while also putting a new slant on it whenever it felt like the right thing to do. I feel we succeeded in this. It was a intense journey into the past and I think we really managed to bring the songs back to life with a vengeance. They seem to have a timeless quality and it was easy to revisit this music and fill the old songs with new life. For me, personally, it was very inspirational and I hope that some of that translates towards you, dear friends. I really learned a lot from the whole experience."

The second release, which is scheduled for next spring, will be a Blu-ray, featuring live concert footage from Uli's "Scorpions Anniversary Tour" and "lots of other goodies."

Roth was forced to pull out of the recent "Guitar Gods" tour alongside Yngwie Malmsteen, Ron "Bumblefoot" Thal (GUNS N' ROSES) and Gary Hoey due to visa issues. 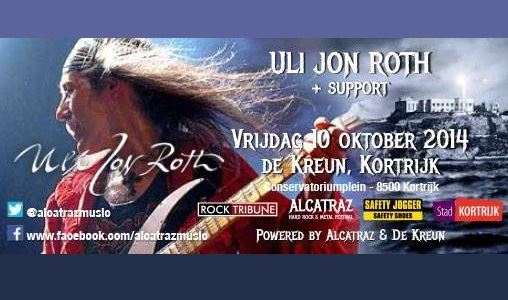