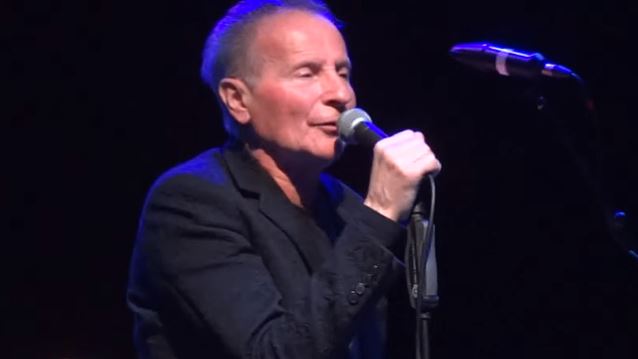 British hard rock legends UFO are in the studio recording a "covers" album for a tentative early 2017 release. According to UFO guitarist Vinnie Moore, there are "just a couple acoustic guitar parts to finish," with the vocal sessions scheduled to begin "in a couple weeks."

UFO's upcoming CD will be the follow-up to the band's 22nd studio album, "A Conspiracy Of Stars", which was released in February 2015. That CD was recorded, produced and mixed by Chris Tsangarides, who has previously worked with JUDAS PRIEST, THIN LIZZY and JUDAS PRIEST, among others.

"A Conspiracy Of Stars" was recorded by UFO's current lineup, which includes original members Phil Mogg (vocals), Paul Raymond (keyboards, guitar) and Andy Parker (drums). They are joined by two American musicians, Moore (who has been a member of the group since 2003) and bassist Rob De Luca, who joined the fold in 2012.

The majority of the "A Conspiracy Of Stars" material was composed by Moore. The album also featured two songs written by Rob De Luca, one written by Paul Raymond, and a collaboration between Raymond and De Luca. All the lyrics were penned by Mogg.

Asked what it is like being the singer in a hard rock band once you reach your 60s, Mogg told The Guardian: "It's not as much fun. Travelling's a pain now. When you start, you're full of excitement and prepared to go anywhere, and you're not very interested in money — getting paid doesn't really matter as long as you're doing the gig. Whereas now it's: are we getting paid? How much are we getting paid? Because in the mid-'80s, I ended up completely skint."

He continued: "In the early '80s, we did four nights at Hammersmith [in London]. Nine months after that, when everything fell apart, I ended up having to go to the dole office. I'd never been before. There was a bloke in front of me in the queue. He looked and said: 'Aren't you with UFO?' I said: 'Yeah.' I was already very embarrassed going there. He said: 'What are you doing here?' I said: 'Same as you. I need some money.' I was absolutely brassic. At the same point, I ended up sleeping round a friend of mine's because I was so skint. That's when you think: 'Shouldn't I have some sort of a royalty?' A lot of that was us doing albums we thought somebody else paid for. Then when you look into it, you realize all that studio time, we were actually paying for. Nobody on management had taken the time to explain to the band: 'No, you're paying for it.' Which was stupid on our part." 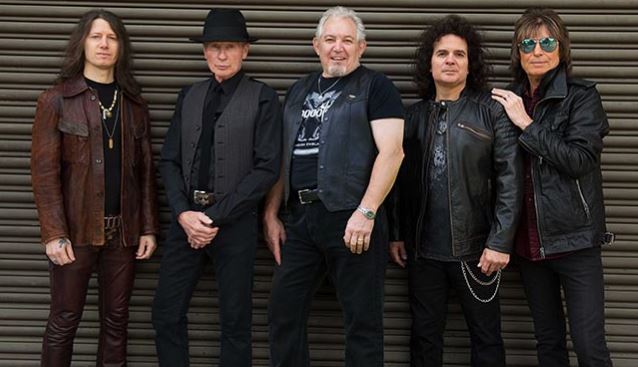