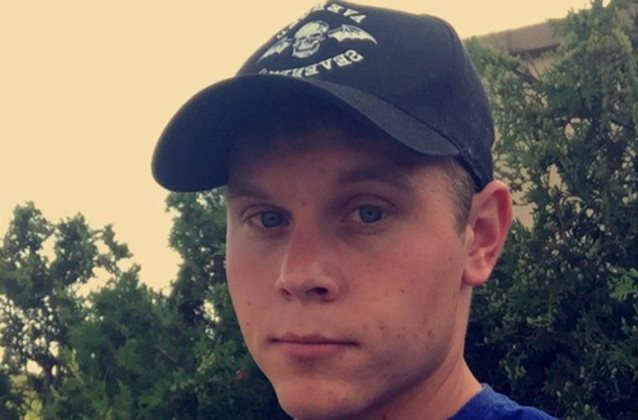 An American METALLICA fan made headlines in Canada after driving across the Canadian border from Syracuse to Toronto for the band's concert, only to forget where he parked his car.

Gavin Strickland said he left 2015 Nissan Versa somewhere on the first floor of an indoor parking garage and then took a $8 cab ride to the Rogers Centre. After the show, the 19-year-old couldn't remember where the vehicle was located.

Strickland's parents posted an ad on Craiglist on Tuesday offering a $100 reward to anyone who can find the car.

"Our doofy son parked the car in an indoor parking garage, in the first floor (slightly lower/basement level) but that garage cannot now be located," Stickland's parents said in the posting.

What made the situation even worse for Gavin was that his father bought the car for him last year so he could commute to work and college.

Late Wednesday, Strickland confirmed the car had been found. He wrote on Twitter: "And the story is so crazy it's on the news all over Canada. I've become famous over a lost car."

Before the car was found, Gavin didn't seem too concerned about it. He apparently attended a KORN concert in Syracuse on Wednesday night. His parents say he took an Uber to get there.

Good to be back Toronto! pic.twitter.com/em4KxF8eX3

Came all the way from to states to Toronto for this. Thank you all. Best night of my life ?? @Metallica @TheOfficialA7X @VOLBEAT pic.twitter.com/ZEfDCCQX3J

One thing is for sure, rock and roll will never die! pic.twitter.com/SIL9m3Xd9U

My car was found! And the story is so crazy it's on the news all over Canada. I've become famous over a lost car