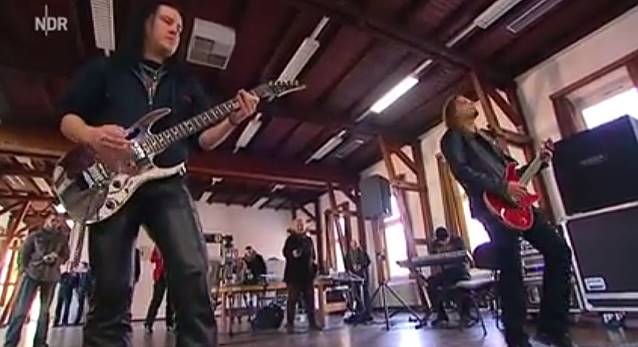 U.D.O. — the German metal band fronted by former ACCEPT singer Udo Dirkschneider — will play a very special show on February 20 in Tuttlingen, Germany where they will be joined on stage by a marine corps orchestra.

Video footage of the rehearsal sessions for this truly once-in-a-lifetime event can be seen below (courtesy of the German television channel NDR).

U.D.O.'s new album, "Steelhammer", was released on May 24, 2013 via AFM Records. The CD was produced by Dirkschneider and Fitty Wienhold.

"Live In Sofia", the new DVD+CD and Blu-ray+CD from U.D.O., entered the Music DVD chart in Finland at position No. 1 and in Germany at No. 4.