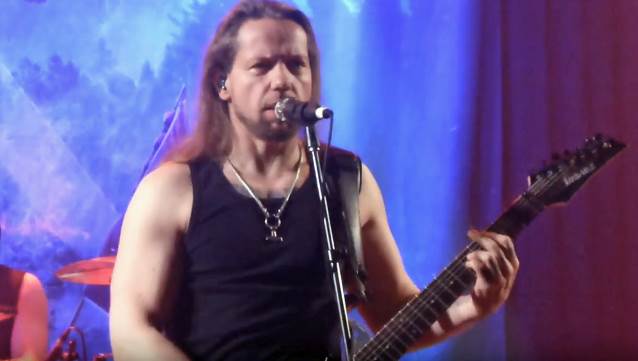 Said Vörös in a statement: "After the end of a very successful world tour off SATYRICON's latest record, 'Deep Calleth Upon Deep', the time has come for me to call it for a change and look for new adventures with my friends at TÝR. We'll be hitting the road together in South America in October 2018."

Terji announced his exit from TÝR earlier in the week, explaining in a statement that he had "no desire whatsoever to play in TÝR anymore.

"There's no drama or anything going on between me and the others," he added. "It's just me not having any joy to play the music in the style of TÝR anymore."

TÝR's latest album, "Valkyrja", was released in 2013 by Metal Blade. It featured covers of IRON MAIDEN's "Where Eagles Dare" and PANTERA's "Cemetery Gates".