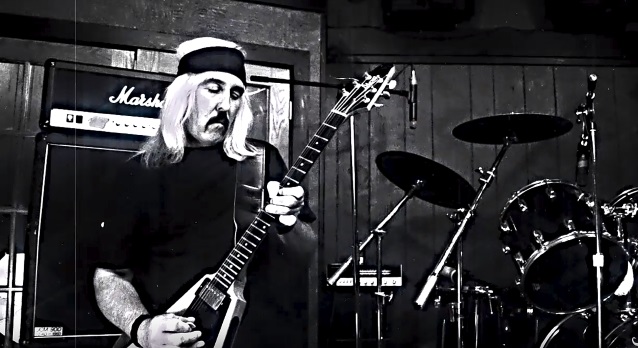 A video clip of TROUBLE guitarist Bruce Franklin performing a cover version of SOUNDGARDEN's "Tighter & Tighter" as a tribute to Chris Cornell can be seen below. All vocals, guitar and bass were handled by Franklin while Robert Broz played the drums. The audio and video was recorded at Alpha Sound Services in Geneva, Illinois.

TROUBLE's first studio album in six years, "The Distortion Field", landed at position No. 25 on the Top New Artist Albums (Heatseekers) chart, which lists the best-selling albums by new and developing artists, defined as those who have never appeared in the Top 100 of The Billboard 200.

Cornell was found hanged in his room at the MGM Grand Detroit hotel on May 18, following a SOUNDGARDEN show at the city's Fox Theatre. The death was ruled a suicide.

The toxicology report later said that Chris had the equivalent of four Ativan pills, as well as several other prescription drugs, in his system at the time of his death.