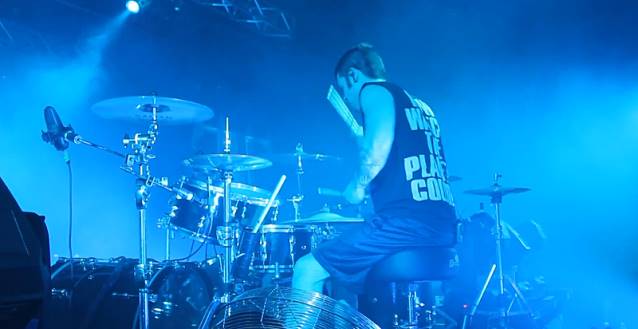 The Drum House has uploaded drum-cam footage of TRIVIUM's Nick Augusto performing the song "Brave This Storm" during a recent concert. Check it out below.