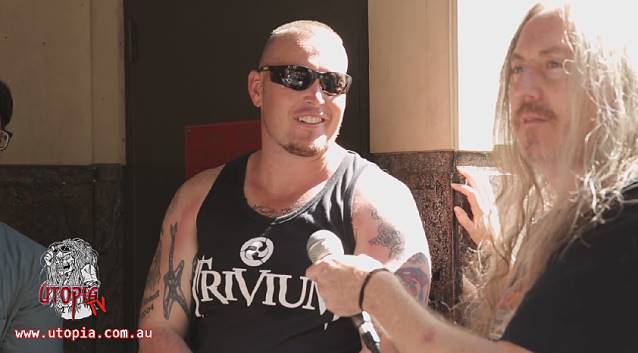 On February 24, Florida metallers TRIVIUM stopped by Utopia Records at the Sydney stop of the Soundwave festival. In the five-minute clip below, Paul of Utopia TV chatted to fans as they waited in a queue that spilled out onto the street.