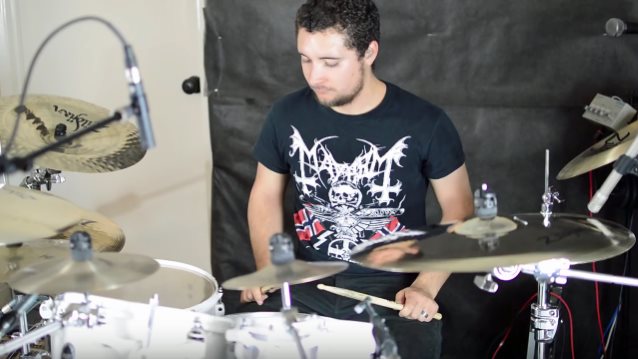 As BLABBERMOUTH.NET exclusively reported as a rumor on December 22, Florida-based metallers TRIVIUM have now officially confirmed that they have recruited Alex Bent to play drums on their upcoming European headlining tour.

Bent, a member of BATTLECROSS and DECREPIT BIRTH who previously played with TESTAMENT as the fill-in for that band's longtime drummer Gene Hoglan, will make his live debut with TRIVIUM on February 11 in Dublin, Ireland.

Bent's official audition video can be seen below. TRIVIUM bassist Paolo Gregoletto explained via Twitter: "Alex sent us this video two days after being put in touch with him. We also had a few weeks of rehearsal together in November."

Alex joins TRIVIUM following the departure of the band's drummer of eleven months, Paul Wandtke, who was given his walking papers in November.

Wandtke made his live debut with TRIVIUM on December 5, 2015 at Knotfest in Mexico. A short time later, he appeared in an official promotional photo with the three core members of the band.