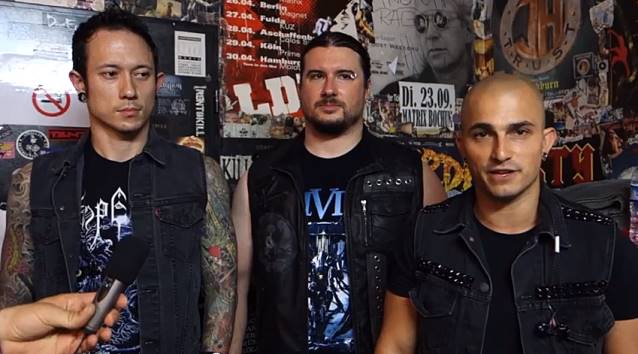 Florida metallers TRIVIUM spoke about using the Kemper Profiling Amplifier (KPA) — which revolutionizes the digital modeling by enabling users to create their own models of any amp and swap and share thousands of models with a vibrant online community of Kemper owners — backstage at their August 6 concert at the Matrix club in Bochum, Germany. Check out the footage below.