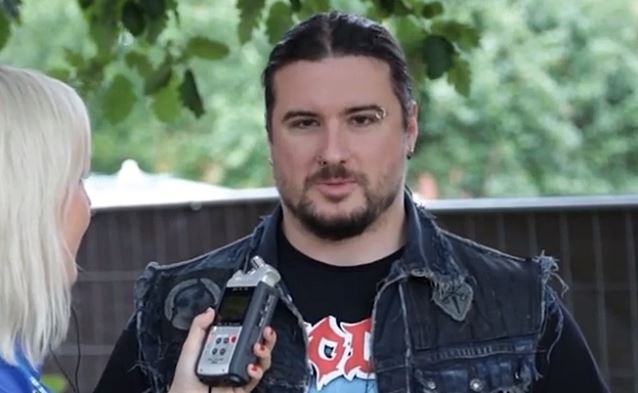 Sofia Metal Chick conducted an interview with guitarist Corey Beaulieu of Florida metallers TRIVIUM on August 10 at the Getaway Rock festival in Gävle, Sweden. You can now watch the chat below.

TRIVIUM filmed a video for an as-yet-undiclosed song off "Vengeance Falls" last month at Studio One in Orlando. The clip was directed by Ramon Boutviseth, who has previously worked with NONPOINT, DARKEST HOUR, INCUBUS and ALL THAT REMAINS, among others. Check out photos from the video shoot at this location.