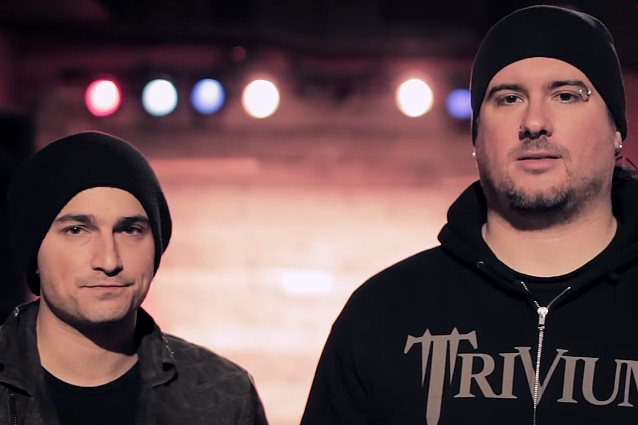 Impericon.com recently met bassist Paolo Gregoletto and guitarist Corey Beaulieu of Florida metallers TRIVIUM on their current tour and asked them to name their top three favorites in a number of categories, including records, drinks, movies and books. Check out the responses below.

Drummer Alex Bent made his live debut with TRIVIUM on February 11 at the Academy in Dublin, Ireland.