"Down From The Sky", the new video from Florida metallers TRIVIUM, will make its online debut via MySpace on Wednesday, September 3. The clip was helmed by director Ramon Boutviseth.

Guitarist Corey Beaulieu previously told Rock Sound magazine: "We want to make a video that will crush every single music video we have ever made. We want this video to capture our energy and establish us as a bunch of hot, tanned guys from Florida with baby arms in our pants."

According to MTV, Boutviseth got his big break when he won PAPA ROACH's "Make Your Own 'Forever' Video" contest in June 2007. While the ROACH had already shot their own performance video, they were so taken by his submission they asked him to mix the live footage with his original storyline. Boutviseth has also shot videos for TRIVIUM's "Becoming the Dragon", SANCTITY's "Beneath the Machine" and "Beloved Killer", SEEMLESS' "Cast No Shadow" and DAYLIGHT DIES' "Lies that Bind".

TRIVIUM tapped Colin Richardson (SLIPKNOT, MACHINE HEAD, FEAR FACTORY, BULLET FOR MY VALENTINE, NAPALM DEATH) to mix "Shogun", which is scheduled for release on September 30 via Roadrunner Records. The CD was mixed in London, with Jeff Rose and Martin "Ginge" Ford assisting on engineering duties.

For "Shogun", TRIVIUM chose not to record in the familiar environs of their home state of Florida. Instead the band headed to Nashville, Tennessee to work with producer Nick Raskulinecz (RUSH, FOO FIGHTERS, STONE SOUR). The result is a monolithic album that crystallizes the band's sound and showcases TRIVIUM's finest elements. Vocalist/guitarist Matt Heafy is thrilled with the album, saying, "We made a cohesive, epic metal album that combines all of the ingredients of everything we feel we have ever done 'right' musically, while adding a new direction that the music called for. We had so much fun creating this album and hope our fans feel that energy when they listen."

01. Kirisute Gomen
02. Torn Between Scylla And Charybdis
03. Down From The Sky
04. Insurrection
05. Into The Mouth Of Hell We March
06. Throes Of Perdition
07. He Who Spawned the Furies
08. Of Prometheus And The Crucifix
09. The Calamity
10. Like Callisto To A Star In Heaven
11. Shogun

TRIVIUM reportedly wrote around 40 songs last year and demoed the best 15 or so before commencing the new LP recording sessions. "When we went in, we thought, 'Hey, these songs are good enogh for the album already,' but we've overhauled almost everything," Heafy told Revolver magazine. "Nick has encouraged us to explore so many new ideas that we never would have thought of." 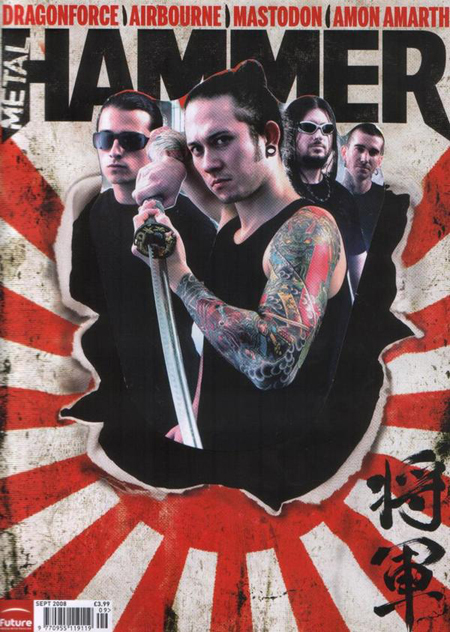 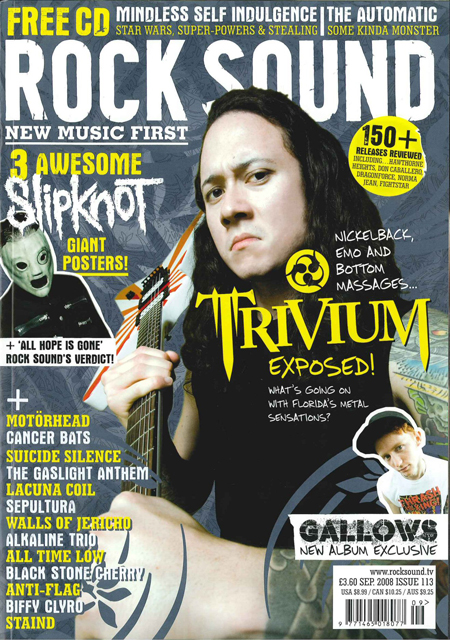