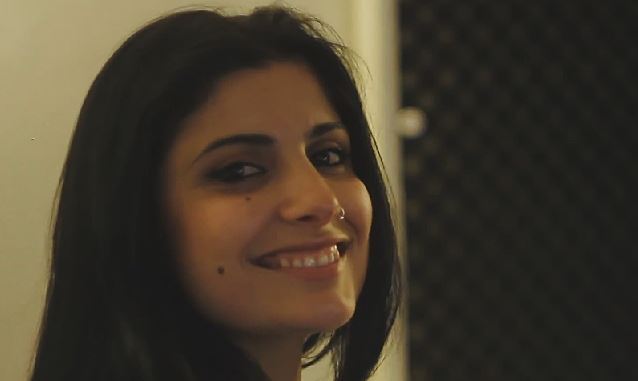 Italian singer Mariangela Demurtas of Norway's TRISTANIA is putting the finishing touches on her debut solo album, to be released later this year.

Says Demurtas: "This work brings you ten songs that have been maturing in my head for the last two years and finally, they will be available for all of you that have been following my path with TRISTANIA.

"Even being aware that my career has been mostly linked to the gothic metal genre, which I really praise, there's much more about me and my musical roots that people should know about. So, this time I felt I should release something that would honestly represent what my heart wishes to speak, by stepping away from the overproduced music that sometimes doesn't let the message be clear.

"Writing a solo record isn't perhaps the easiest task in the world because, after all, you will have to deal mostly with your doubts and fears when trying to find the song that represents you and what you wish to speak, but at the end of the day, it is indeed a very rewarding process that lets you know more and more about yourself. I guess that's the purpose of art… Learning through expression.

"This album will bring you some honest, simple, clear half-acoustic songs, that obviously, talk about my life experiences, and mostly the way I look at the world we're living. Hope you can all connect to it somehow.

"I believe my metal brothers and sisters will like this album even though it doesn't sound like TRISTANIA or any of my other projects.

"I am already considering the next one; maybe in Italian or Sardinian? I don't know yet, but either way more information will follow in the next few months. I am just getting started."

The first teaser for Demurtas' forthcoming solo album is available below.

You can pre-order the album at www.themurtas.com/music.

Demurtas joined TRISTANIA in 2007 and is featured on the band's sixth album, "Rubicon", which came out in August 2010 via Austria's Napalm Records, and the group's follow-up CD, "Darkest White", which arrived in May 2013 (also via Napalm).