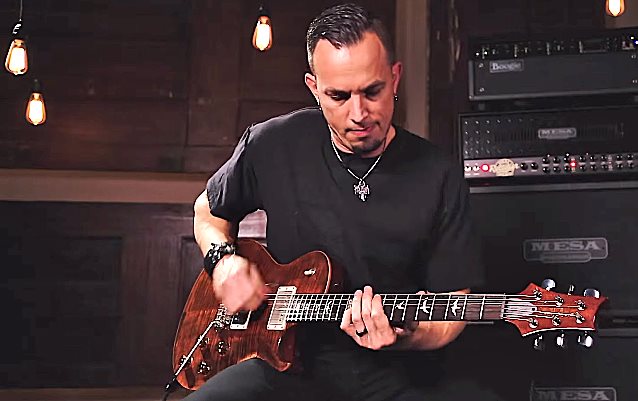 A guitar instructional video for the song "Another Heart" from TREMONTI, the band led by CREED and ALTER BRIDGE guitarist Mark Tremonti, can be seen below. The track is taken from TREMONTI's second album, "Cauterize", which was released on June 9. "Cauterize" follows up TREMONTI's 2012 debut, "All I Was", and is the first of two new albums that TREMONTI has recorded. The second, called "Dust", will be out later this year.