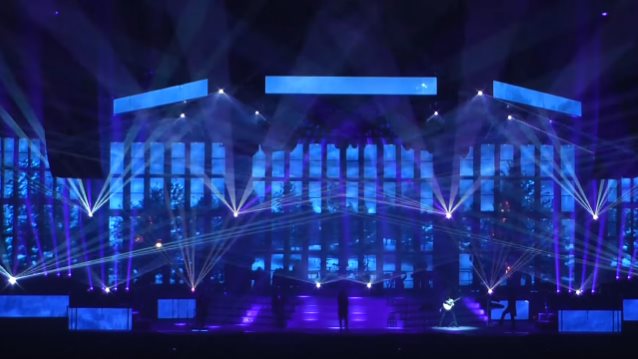 Less than three months after the death of Paul O'Neill, creator of TRANS-SIBERIAN ORCHESTRA, the surviving members of the multi-platinum rock theater experience have announced plans to bring the show back for a fall 2017 U.S. tour.

O'Neill passed away on April 5 of an accidental drug overdose. According to a copy of the autopsy report from the Hillsborough County Medical Examiner's office in Tampa, Florida, O'Neill died of intoxication from a mixture of methadone, codeine, Valium and an antihistamine. The medical examiner listed the manner of death as drug abuse, noting that O'Neill also suffered from heart disease, hypertension and moderate hardening of the arteries. He was found dead in his room at the Tampa Embassy Suites hotel by staff.

In a statement posted on the TRANS-SIBERIAN ORCHESTRA web site on Saturday (June 24), O'Neill's bandmates and colleagues announced their intention to keep the show alive in his honor. They wrote: "While all of us, the members of the TRANS-SIBERIAN ORCHESTRA family, are heartbroken by the tragic loss of our friend and leader Paul O'Neill, we are determined to carry on the rock theater project to which he dedicated his life.

"Paul always talked about how he saw TSO as both an idea and ideal that would continue long after he stepped off the 'flight deck' (his name for the stage). We hope to continue his work of providing a timeless, multi-generational tradition like those created by his idol Charles Dickens.

"In that spirit, we are proud to announce that TRANS-SIBERIAN ORCHESTRA will return with their 2017 Winter Tour featuring the cherished tale 'The Ghosts Of Christmas Eve'!"

An official statement from O'Neill's family reported that the multi-instrumentalist died as a result of an "unexpected reaction" to prescription medication for his various ailments. "The Hillsborough, Florida medical examiner's office has determined the official cause of Paul O'Neill's death as accidental, resulting from an unexpected reaction to prescribed medications to treat his numerous chronic illnesses (including bone augmentation surgery, complications from spinal fusion surgery, heart disease, and hypertension)," read the statement released on May 30.