Josh Christian, TOXIK's founding member and lead guitarist, comments on Ralph's addition to the group: "Ralph was the first choice. I had talked to other friends about tour spots and playing as guests, but the new material is pretty deep arrangement wise and complicated in its layering. We need that second voice on the instrument. Ralph's experience level is top-shelf, plus he has a very diverse musical approach. Sure, he's played great heavy music with legendary bands and artists, but he also has an amazing ear for melody. The guy can really play! Most of all, he's a brother.

"Ralph Santolla and I go way back, I can remember Chuck Schulinder [DEATH] sitting in the lounge at Morrisound watching Ralph and I trading ideas and saying, 'You guys should play together.' So, with Chuck's blessings, I think the next album just took a giant leap for mankind."

Santolla adds: "I'm really excited and humbled that Josh has asked me to be part of the reformed TOXIK.

"Here's how all of this started.

"I basically grew up at Morrisound, I wouldn't be surprised if I was their longest-running client. I've answered the phone there and taken the garbage out quite a few times. Jim [Morris] and Tom [Morris] have taught me a lot and I owe them quite a bit.

"Back when TOXIK was recording the first album, Tom called me and said there was a band down from New York, and the guitarist was amazing. He said he thought we should meet, so I came down to the studio. Josh and I hit it off immediately, and we've been great friends ever since. We have hours-long conversations about guitar, art, religion, music, politics, you name it. He's an extremely deep, intelligent guy. So when he told me he was putting TOXIK back together, I was psyched for him. He started sending me music to check out, and I was blown away. I told him, 'Dude, you only get to make one comeback record, give this everything you possibly can, hold nothing back,' and he seems to be doing that . Eventually, he asked me to play live, and that led to being in the band.

"It's a big challenge; the stuff he's writing is ultra-fast and technical. And for bonus points, Jason Bittner!!"

TOXIK is now well into the recording sessions of its as-yet-untitled follow-up to 1989's "Think This", with a projected release date of late fall 2013. Further details regarding album release date, cover art, title and live actions will be revealed in the coming months. 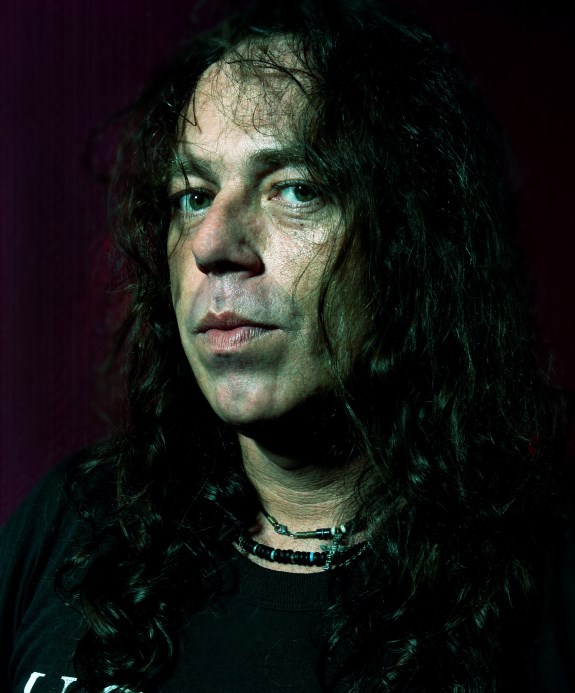