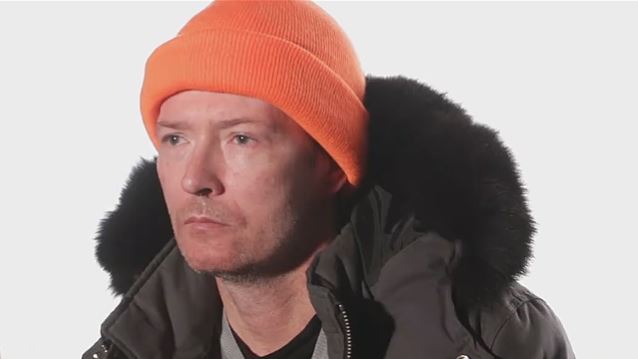 Toxicology tests have revealed Scott Weiland died of a toxic combination of drugs and alcohol.

The Hennepin County Medical Examiner in Minneapolis, near where the former STONE TEMPLE PILOTS and VELVET REVOLVER singer died, says in a press release that Scott overdosed on cocaine, methylenedioxyamphetamine (MDA; also known as "sally" or "the love drug," and chemically related to the drug ecstasy) and ethanol. The report also indicates heart disease and asthma were "significant" conditions. The test results also revealed Scott's "multi-substance dependence" was a factor.

Both STONE TEMPLE PILOTS and VELVET REVOLVER issued statements on his passing, while musicians and fans around the world have also posted tributes.

STP fired Weiland in February 2013 after reuniting with him in 2010 for a series of tours and one self-titled album. The band had previously been on hiatus since 2002, primarily due to the singer's struggles with drugs and alcohol. STONE TEMPLE PILOTS then recruited a new frontman, Chester Bennington of LINKIN PARK, and released one critically acclaimed EP, "High Rise".

Speaking to a Canadian reporter last year, Weiland denied that his "demons" were still a factor as he continued to tour with THE WILDABOUTS. "Past demons are past demons; that's stuff that I dealt with 14 years ago," he said. "I mean, I guess Keith Richards [of THE ROLLING STONES] gets asked about [his past drug use], so why shouldn't I? But it's not something that I think about, ever. Those days of my dope abuse, and use, are long since by me."

Weiland's passing is the second death for THE WILDABOUTS. Back in March, THE WILDABOUTS guitarist Jeremy Brown died as a result of intoxication from multiple drugs. Brown's death was ruled accidental. 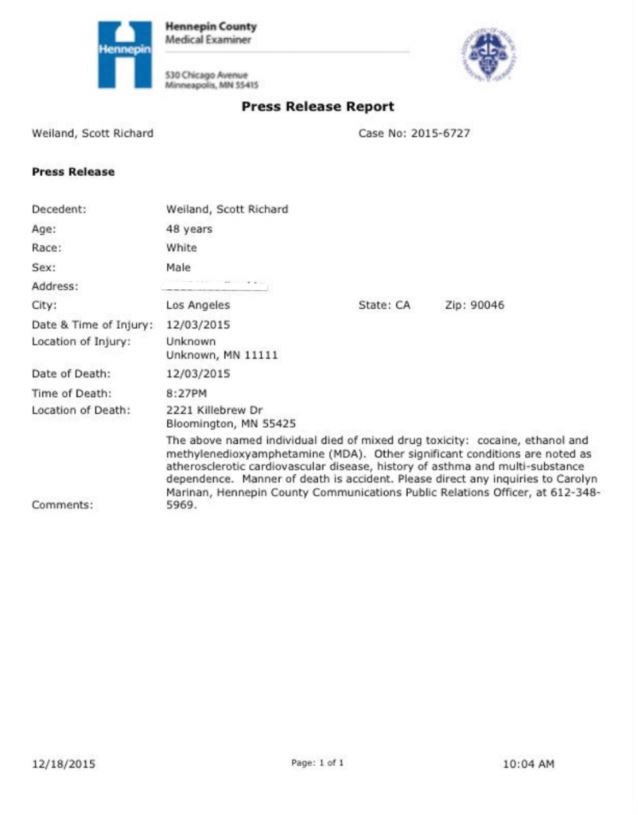