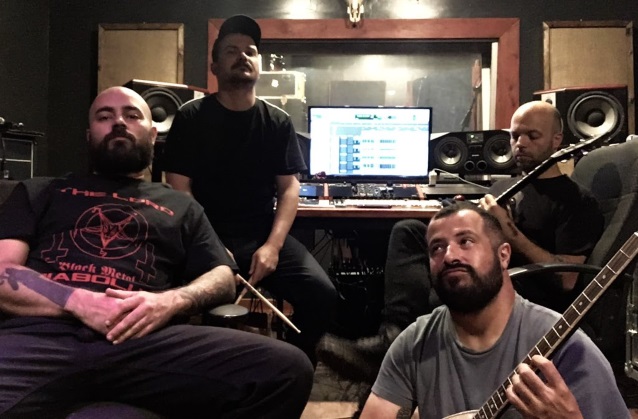 TORCHE has entered the studio to record its fifth album. The as-yet-untitled effort is being recorded by guitarist Jonathan Nunez at Cabana East in Miami, Florida. An early 2019 release via Relapse Records is expected.

The band commented: "The new record has a great balance of new elements that have become a part of our sound over the last couple years, which is very exciting for us. We're pushing classic signatures of our sonic identity and bringing new vibes to the table. This time around, there's going to more dynamics, while pushing our 'wall of sound' nature much further.”

TORCHE is often cited for its masterful combination of melodic songwriting and heavy music, with Spin dubbing the band's music "sludge-pop" and Filter saying the band proves "a heavy-rock band can be optimistic and sincere-without sacrificing any of the edge."