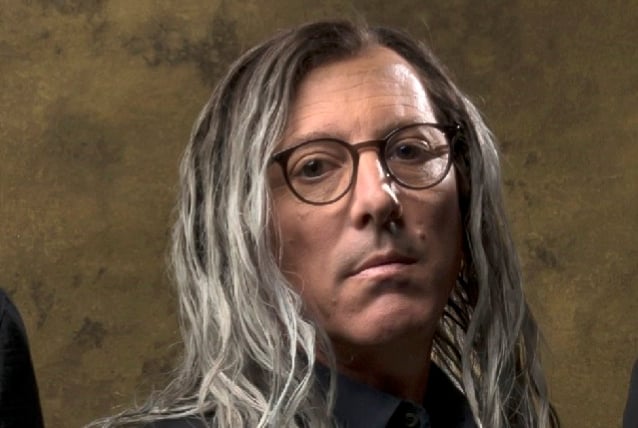 TOOL frontman Maynard James Keenan has spoken out about the controversy that erupted earlier in the summer when Justin Bieber revealed his TOOL fandom via Instagram and Keenan responded by tweeting "#bummer," a comment Justin's wife called "childish" and "hurtful."

In July, Bieber took to his Instagram account to post some of the lyrics to TOOL's "10,000 Days" track "The Pot". The pop superstar then asked his followers if they knew which song the lyrics were from. "Don't look it up please I'm curious if any of you know it," he wrote. A short time after Consequence Of Sound tweeted out a link to a story headlined "It's official: Justin Bieber is a Tool fan", TOOL frontman Maynard James Keenan responded, writing "#bummer".

The TOOL singer's comment caught the attention of Bieber's wife, model Hailey Baldwin, who fired back at Keenan, writing on Twitter: "He expressed he was a fan of your music. Grew up listening to your music. You must be unhappy with yourself that you want to make people feel small who express their admiration for you. Very childish and hurtful thing to do. I hope u find security within yourself. Sad place to be"

Asked in a new interview with Zane Lowe of Apple Music's Beats 1 to explain his Bieber comment, Maynard said: "He's probably a good kid. It's the crap that surrounds him. He was never armed with the tools to handle it. And the people surrounding him are monsters. He's living in an ocean of ... Am I allowed to swear on this show? Okay, never mind. I was going to say ... but I'm not sure I'm allowed to. So he's, God bless him, he's a product of those things that we've spoken about numerous times on every project I've ever done.

"So when I make a statement like #bummer, it has nothing to do with him," Keenan continued. "It has to do with, I know that the ocean of shit that's going to follow because he couldn't just be a quiet TOOL fan, he had to say it out loud, and now I know the flood's coming from the people that don't get it, and the people that think they do, and they're going to argue with each other. And it's going to be stupid. And it doesn't matter. And this poor kid's caught right in the crosshairs, as he was, as he is."