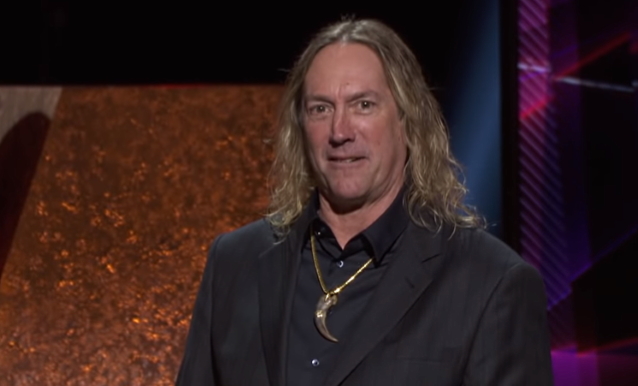 TOOL drummer Danny Carey spoke about Neil Peart's influence on his style backstage after he accepted the band's Grammy on Sunday night (January 26) for "Best Metal Performance". According to The Pulse Of Radio, he said: "Neil was so defined and he was such a precise composer in the way he played that that was a big influence on what I wanted to do with the band — to be in a band that did compositions, and it wasn't just jamming and stuff like that. So, luckily, I found the right bandmates to do that with."

TOOL won the Grammy Award for "Best Metal Performance" for "7empest", a track from its 2019 album "Fear Inoculum". Carey and bassist Justin Chancellor accepted the award in the pre-telecast ceremony.

TOOL is finishing up the most recent North American leg of its world tour in support of "Fear Inoculum", and will head to Australia and New Zealand next month before kicking off a new round of U.S. dates on March 9 in Spokane, Washington.