TOOL, THE PRETTY RECKLESS, PUSCIFER and GHOST are among the confirmed artists for this year's edition of the Voodoo Music And Arts Experience, set to take place October 28-30 at New Orleans, Louisiana's City Park.

Three-day general admission passes are $140 plus service charges. A three-day Loa VIP pass is $400; amenities include a dedicated express lane at the main entrance, air-conditioned restrooms and exclusive viewing areas at all four stages. Payment plan options are available.

The 2016 edition of Voodoo will be the first without founder Steve Rehage, who is no longer working with Live Nation, the entertainment monolith that acquired the music festival in 2013.

Rehage sold a majority share of Voodoo Fest in 2013, taking an executive position with the company's North American festivals division at the time.

Voodoo's day-to-day operation is being managed by C3 Presents, which is also responsible for Austin City Limits and Lollapalooza.

The 18th edition of Voodoo Music And Arts Experience will present 70 acts on four stages.

Tickets go on sale at 10 a.m. Central Time on Tuesday, June 7 via voodoofestival.com/tickets. 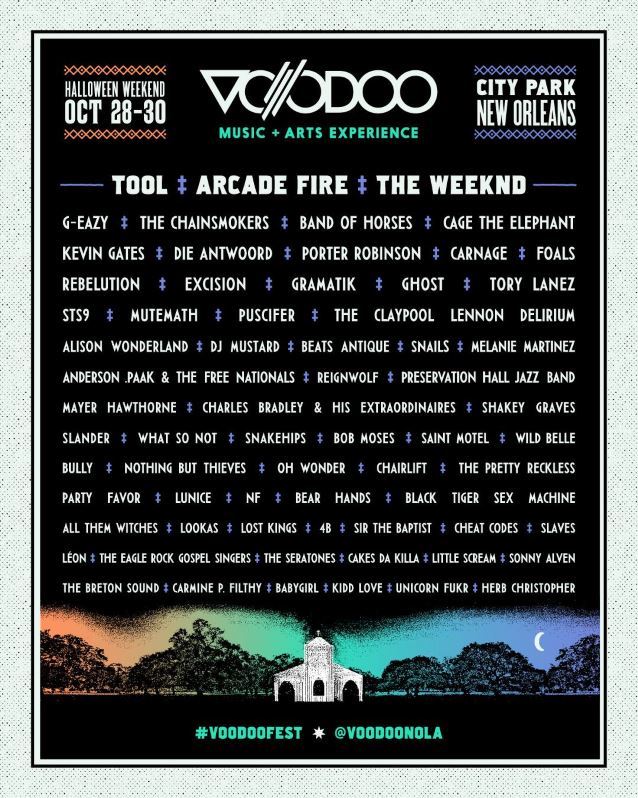